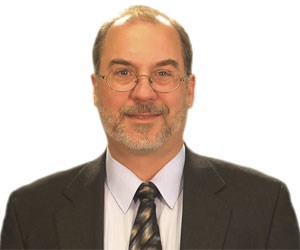 John Everson is the director of marketing and creative services for ASPS, responsible for leading the ongoing messaging, visual branding and promotional strategies for the meetings, products and services of ASPS, The PSF and affiliated societies. He and his team work with all areas of the organization to develop and implement marketing plans, manage promotional calendars and programs and launch new products through the creation of brochures, print and digital advertisements, website designs, emails and more.

John has a long history of integrating ASPS technology and communications. He served on the team that built the original ASPS website www.plasticsurgery.org in the 1990s and the Plastic Surgery Education Network in 2010. During his tenure at ASPS, John has also served as publications director and director of online education.

Prior to coming to ASPS, John served as a reporter and editor for several Chicago publications, including the Illinois Entertainer, Star Newspapers, Screen Magazine and Chicago Tribune. He holds a journalism degree from the University of Illinois and lives with this wife and son in Naperville, Ill. He enjoys writing music and fiction and after spending 20 years as a newspaper pop music critic is a broad-minded music buff who thinks Ke$ha is just as cool as The Cure.