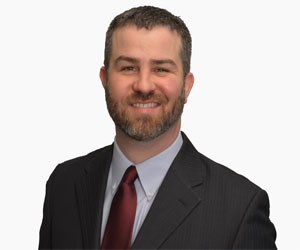 Patrick Hermes is the director of government relations, political affairs and health & payment policy. In this role, Patrick oversees all ASPS grassroots advocacy and direct lobbying, political strategy and member-facing advocacy and policy communications. Additionally, Patrick manages the day-to-day execution of a government affairs team that operates across the full federal landscape and in all 50 states.

Prior to joining ASPS, Patrick worked in medical specialty society government relations as the director of health policy and practice advocacy for the American College of Foot and Ankle Surgeons and as the manager of advocacy and health policy for the American Academy of Hospice in Palliative Medicine. He began his career as a senior aide and policy analyst in the Washington office of retired U.S. Senator Ben Nelson.

Patrick received a bachelor's degree in film production from Columbia College in Chicago and a masters degree in political science from the University of Nebraska in Omaha. He lives in Norridge, Ill., with his wife, Molly, and two sons, Clarke and James. He enjoys crushing them at Trivial Pursuit.