Using Twitter to engage with and educate patients about plastic surgery 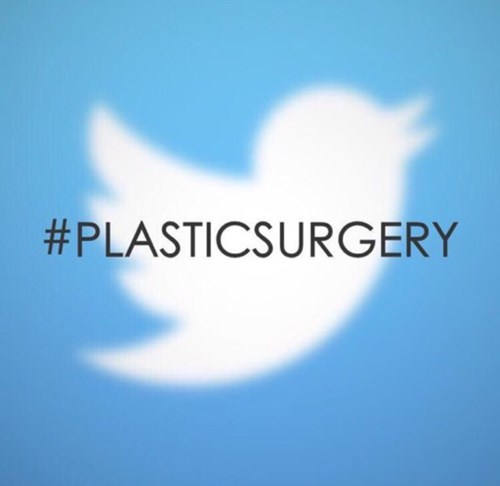 The public appetite for evidence-based science news is healthy and growing, but remains inadequately served by standard channels of the mainstream press. Social media platforms are increasingly being used to educate, transforming social networks into information networks. Twitter, the most prominent example of a microblogging platform, has become an important resource for people seeking information about plastic surgery. But only a small percentage of plastic surgery "tweets" consist of evidence-based information posted by credentialed plastic surgeons, according to a report by Dr. Olivier Alexandre Branford and other prominent social media plastic surgeon coauthors, commissioned by Plastic and Reconstructive Surgery® Tech Editor Dr. Samuel Lin, in the December issue of the Journal, the official medical journal of the American Society of Plastic Surgeons (ASPS).

"Twitter provides a great opportunity to engage with and educate patients and the public about plastic surgery," comments ASPS member and associate editor of PRS Global Open® Dr. Olivier Alexandre Branford of The Royal Marsden Hospital, London, lead author of the new article. "But all too often, the conversation is dominated by celebrity gossip and marketing by practitioners who aren't board-certified plastic surgeons."

The researchers analyzed the sources and types of information about plastic surgery available on Twitter—one of the world's most popular social media platforms. Of nearly 2,900 tweets including the words "plastic surgery," about 70 percent were posted by members of the public. Just six percent of plastic surgery tweets were actually made by plastic surgeons.

Overall, a large majority of the Twitter posts were about either celebrity plastic surgery (50 percent) or aesthetic surgery (44 percent). Few provided information about the basic science of plastic surgery, patient safety issues, or topics related to reconstructive surgery.

About five percent of tweets included the #PlasticSurgery hashtag. A hashtag is a label using the hash sign (#) that lets social media users search for aggregated messages on a specific topic. Nearly half of tweets tagged "#Plastic Surgery" were posted by plastic surgeons. A disappointingly high percentage of these posts (37 percent) were self-promotional, however.

"Social media sites are a potentially powerful vehicle of integrating and enhancing education, leading to a useful role in e-learning within plastic surgery," Dr. Branford and coauthors write. They believe that Twitter "may be the best-suited platform to fulfill the role of public education and engagement."

#PlasticSurgery has become the number one trending healthcare hashtag in the world!

Plastic surgeons have a duty to educate their patients. The ASPS has been instrumental in encouraging plastic surgeons to engage with social media in the interests of patient education, and from January 2017 will have a Social Media Committee, chaired by ASPS President Dr. Debra Johnson, dedicated to this end.

Following a suggestion just over a year ago by Dr. Branford on Twitter in conjunction with Plastic and Reconstructive Surgery®, following the vision of the Chief Editor of the Journal Dr. Rod Rohrich and the editorial team, in particular Managing Editor Mr Aaron Weinstein, as laid out in the ASPS Tech Talk video and as a result of this group of social media surgeons' efforts, the hashtag now has 2.4 billion views per year and is now consistently the most trending healthcare hashtag in the world! It has become seen by other medical subspecialties as the go-to example for their educational social media strategies. That can only be good for the public seeking credible medical information and for all of our patients.