Celebs on plastic surgery: When Angelina talks, we should listen 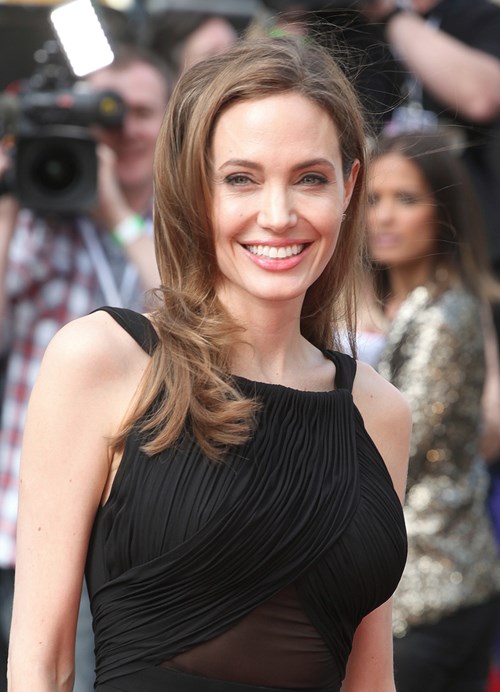 Last week was quite a busy week in the public relations department of ASPS. Without much notice came the revelation, shared by Angelina Jolie, that she had undergone prophylactic mastectomies and reconstruction due to her high risks of developing breast cancer. As you might imagine, this prompted a lot of attention for plastic surgeons and cancer surgeons alike. From where I sit, her story was open, honest and, well, courageous. But it surprises me that in some of the press, there has been some very negative comments about what she has done or how she has shared this. So, here's the question: is it a good thing or a bad thing when celebrities talk about plastic surgery, or more specifically, their own plastic surgery?

As in all things, there is no absolute answer. It really depends upon the circumstances, and the way in which the story is told. On one extreme we might find someone like Heidi Montag. Let me pause for a second and say that I am fairly opposed to talking about celebrities when they have plastic surgery. But Heidi was so public about what she did, that I feel comfortable discussing what she had done in this context.

In 2009, Heidi was very public about the ten plastic surgeries she had done at one time. Many of us who do plastic surgery for a living really questioned the reasonableness of what she was doing, and the thinking of her plastic surgeon (who later tragically died in a car crash). If there is one word that would describe Heidi's revelation about her surgeries it would be: sensational (and I don't mean this in the best sense of the word). The motivation had to be to garner as much attention for herself about the cosmetic surgery she has had done. The key words here are: cosmetic surgery, personal attention, and sensational.

What Angelina Jolie did, and how she did it, are polar opposites. Women like Angelina who carry the gene for breast cancer (BRAC1) have an 80% risk of having breast cancer by age 90. For many, this extremely high risk of a potential deadly disease is reason enough for treatment to prevent this. Treatment, that in other circumstances, may seem quite drastic. It is a very difficult and emotional decision for a woman to elect to have both her "normal" breasts removed and have them reconstructed. But if this lowers the risk of breast cancer to almost zero, it can be a good decision.

Because of the difficulty of such a decision, and at the same time the tremendous health benefit of such a decision, women who talk about this can be a great resource to other women who may one day find themselves in the same situation. The way in which Angelina told her story has allowed people to understand what this is really all about. There is no doctor speak from her. Just a story told in a way that all could understand. The effect is one of educating people and sharing the experience about a prophylactic cancer treatment and reconstructive, plastic surgery options.

Interestingly, Angelina chose to not share her story or her journey until it was, for the most part, complete. Not only did this allow her and her family more privacy, but it tends to be less "sensational" when presented as a fait accompli. So the key words here are: education, shared experience and reconstructive surgery.

You can probably see where I am going here. Talking about cosmetic surgery is fraught with potential problems. While I agree with the absolute benefit of cosmetic surgery done on the right people for the right reasons, it is still a very personal - and for the most part, private - decision. When spoken about publicly, it should be done with the same "class" as Angelina's story was told.

Recently, ASPS asked me to be a part of an education campaign about arm lifts. This involved a patient of mine who had undergone this operation to treat excess skin or the upper arm after she had lost a lot of weight, like 200 pounds. Our goal was to make the public aware of this as an option for people who might choose to do this, and to explain why more people were choosing this as an option. I think the ASPS took the high road here.

Reconstructive surgery, while equally personal, may at times be easier to speak about publicly. With reconstruction we repair defects caused by trauma, cancer surgery, and birth defects to name a few, in order to restore a normal appearance and function. Few people go out of their way to need such surgery. In most cases it is not elective. So, talking about these operations in a way that will help other people who may one day be in a position to need them, can be very good and helpful.

This, I believe, is what Angelina has done, and what Heidi did not do. When celebrities are talking about their plastic surgery with the intent of informing the public, and drawing attention to the surgery itself and not themselves, this can be very good. But if the talk about their plastic surgery is sensational and aimed at getting them on the front pages of the tabloids, this is not good at all. Education: good, sensationalism: bad.

On a final note, I was very sorry to hear criticism of what Angelina has done (and written), particularly by other women. I do not think she implied that this is what all women should do. But by having the courage to speak about this honestly, without the desire to be in the spotlight (any more than she is already), she has been of help to many women who may face the same decision.

I wish Angelina and her family all the best as they live their lives together. And, I sincerely thank her for telling her story.