Where Your Surgery Will Be Performed

Your treatment may be performed in a surgeon's office-based facility, an outpatient surgery center, or a hospital. It's usually done on an outpatient basis, for cost containment and convenience. However, if you're undergoing extensive work, you may be admitted to the hospital.

Dermabrasion and dermaplaning may be performed under local anesthesia, which numbs the area, combined with a sedative to make you drowsy. You'll be awake but relaxed, and will feel minimal discomfort. Sometimes a numbing spray, such a freon, is used along with or instead of local anesthesia. In more severe cases, your surgeon may prefer to use general anesthesia, in which case you'll sleep through the procedure.

In dermabrasion, the surgeon scrapes away the outermost layer of skin with a rough wire brush, or a burr containing diamond particles, attached to a motorized handle. The scraping continues until the surgeon reaches the safest level that will make the scar or wrinkle less visible.

In dermaplaning, the surgeon uses a hand-held instrument called a dermatome. Resembling an electric razor, the dermatome has an oscillating blade that moves back and forth to evenly "skim" off the surface layers of skin that surround the craters or other facial defects. This skimming continues until the lowest point of the acne scar becomes more even with the surrounding skin.

The surgeon may then treat the skin in a number of ways, including ointment, a wet or waxy dressing, dry treatment, or some combination of these. 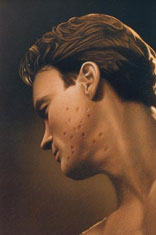 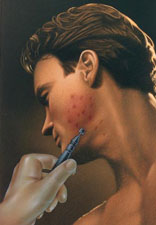 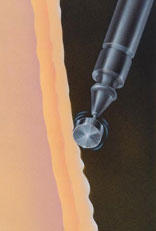 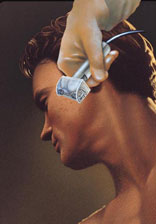 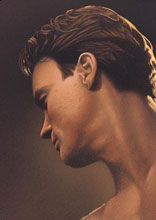