Facial fat is precious: Why your plastic surgeon shouldn't be too aggressive with buccal fat removal 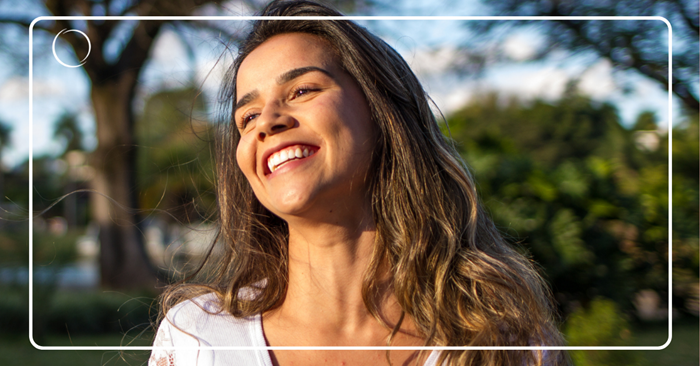 Throughout history, women around the world have committed to lengthy, sometimes dangerous practices in an attempt to accentuate their cheekbones – from the ancient facial massage techniques of China to Marlene Dietrich's rumored removal of her upper molars.

But in recent years, there's a newfound fascination with the sculpted look, and Instagram feeds, movie screens, and runways all seem to be littered with cheekbones and jawlines so sharp they could cut glass. And while many celebrities and influencers claim their taut looks are the product of innovative rolling tools or simply good contouring, some celebrities like Chrissy Teigen, have been more forthcoming when it comes to their plastic surgery. Teigen recently took to her Instagram story to show off the results of her newest surgery, buccal fat removal.

"I did that... buccal fat removal thing here, and since I quit drinking, I'm really seeing the results," Teigen says while pointing to her newly defined cheekbone.

Unlike Teigen, some celebrities may leave you questioning what work they have had done, and if you've suspected there's something more permanent behind the changes, you may just be onto something.

"In the last couple of years, the jawline has become a hot area. Patients are coming in really wanting that snatched jawline," explains Dr. Ira Savetsky, a board-eligible plastic surgeon and an author of the forthcoming study The Role of Buccal Fat Pad in Facial Aesthetic Surgery, which will be featured in the August issue of Plastic and Reconstructive Surgery, the official medical journal of the American Society of Plastic Surgeons.

As a result, many doctors have noticed a massive uptick in the popularity of buccal fat pad removal surgery, a quick, straightforward procedure that extracts the mass of fat in the middle of cheeks. The goal of the operation is to create more definition and angularity in the face by casting a shadow across the hollows of cheeks, essentially mimicking the effect that puckering lips can have – only in this case, it's permanent.

Buccal fad pad removal has actually been around for decades and was historically performed in tandem with other surgeries, like face lifts. With the continued frenzy around high cheekbones and a sculpted jawline, however, demand for the procedure has largely been among a new cohort: young patients, often in their 20s and 30s, who don't necessarily have an excess of buccal fat. And it's with this phenomenon in mind that some believe there may be reason to worry.

"Based on what we know about facial fat compartments and how facial fat atrophies as we age, the concern is that removing the buccal fat pad may look good now but over time could become overly hollow," says Dr. Savetsky. "You're going to remove a large portion of the buccal fat pad, and whatever is remaining will shrink over time. 20 years from now, you may look too thinned out and prematurely aged."

To test this theory, Dr. Savetsky and five other plastic surgeons researched the effects of the operation using human cadavers. "We wanted to redefine the anatomy of the buccal fat pad and look at how much of it should actually be removed," he notes. "What we found is that if someone is overzealous and pulls a little too hard, they can very quickly remove more than they should. This puts patients at a higher risk of looking hollow as they age." Atrophy of the buccal fat pad will continue as the face ages.

"I think what it shows is that it's indicated for only a small number of people who have very specific fullness," says board-certified plastic surgeon Dr. Rod Rohrich, another author of The Role of Buccal Fat Pad in Facial Aesthetic Surgery. "For every five patients I see who want their buccal fat pads removed, only one really needs it." Oftentimes, he explains, it's not excess fat that causes fullness but something else entirely. "When they come to see me, the hot topic is a nice jawline, but what makes a nice jawline is much more than just the buccal fat," he explains.

"It could be an overactive masseter (the muscle primarily responsible for the elevation of the jawbone and some protraction of the jawbone), and I can actually just melt that down with Botox," said Dr. Rohrich. "Sometimes, I'll augment the jawline itself or tighten the neck; and it's only when there's excessive fullness in the lower anterior face and cheeks that I would address that directly. So, I very systematically look at the patient's anatomy and determine what they have and what they don't have."

"Fat in the face is precious, and it's the one place in the human body where you really don't want to lose a lot of it," Dr. Rohrich says. "The reason we wrote this article is so plastic surgeons understand how unique the buccal fat pad iss and that one should be very careful or have very specific reasons for removing it. They shouldn't just do so willy-nilly to look good on Instagram."