New study sheds light on cellulite dimples
Is this the beginning of the end for a dimpled behind? 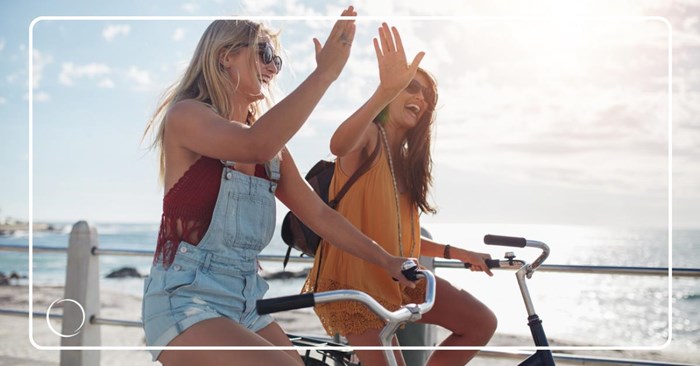 Let's face it: cellulite is often considered by doctors – and many women – to be an ongoing nuisance. There are treatments and devices designed to mollify dimpling or uneven texture, but the results are usually subtle and temporary. And surprisingly, although 80 percent to 90 percent of American women experience cellulite in their lifetime, not much is known about the condition, especially on the cellular level.

Enter: a new article featured in the September issue of Plastic and Reconstructive Surgery, the official medical journal of the American Society of Plastic Surgeons, that studied the cellular structure of cellulite dimple formation via ultrasounds with the goal to improve cellulite treatments and banish dimples.

And they believe their findings are just the tip of the cellulite iceberg.

"Cellulite is a common complaint among our patients, yet we have never understood what exactly causes it and what is the most effective way to treat it," explains Lauren A. Whipple, MD, on what inspired her to start the study. "Understanding the anatomical basis of how these cellulite dimples form will help guide our treatment."

To begin their research, they examined 173 dimples, ranging in severity, on the upper thigh and buttocks of 50 women, by ultrasound to discover the dimples' origination and vascular structure.

Joseph A. Ricci, MD, the study's co-author and researcher, was surprised by several aspects of the results, particularly the "high degree of fascial banding associated with the cellulite dimples" as evidenced by the ultrasound. Meaning that the cellulite dimples aren't a superficial texture issue, but instead, they're attached to a deeper, stronger structure within the body.

Whipple, however, "was surprised by the high number of fascial bands that were present at the clinically visible areas of cellulite (97.6%)."

This finding could be a gamechanger, according to Ricci, because "if you're thinking about releasing these fascial bands" which in turn, would release the dimple, "this is more instructive in terms of where and how deep the treatment needs to be."

Current devices that address cellulite target entire regions, most commonly the upper thigh or buttocks, rather than a pinpointed spot, like a connective tissue band underneath the skin.

"It seems to me that potentially some of these treatments may have been working at the inappropriate level--either too deep, too superficial, or if you're working right underneath the cellulite dimple, you may not be releasing the band," says Ricci, adding that dimples "don't actually really resolve" with many cases showing that cellulite returns "some weeks or months later. You don't have a long-lasting or persistent result."

To boot, if the problem location is unknown, treatment of any kind would be more difficult to pursue.

Because the dimples were tested by an ultrasound – a very common medical tool – Drs. Whipple and Ricci believe that both diagnosis and treatment will be more effective and efficient.

"Our study demonstrates that an ultrasound is a valid modality to image these dimples," explains Whipple, "which may be useful during treatment to target specific cellulite dimples that are bothersome to our patients."

And the fact that ultrasounds are widely used across practices is a total win for doctors. "You could place an ultrasound on a patient – it doesn't involve any radiation – and it's not difficult to do," says Ricci. "The ultrasound machine is cheap, and you can put it right on them in the office and actually visualize the needle release or the release of the soft tissue bands during the treatment of cellulite. It would be less blind procedure versus image-guided."