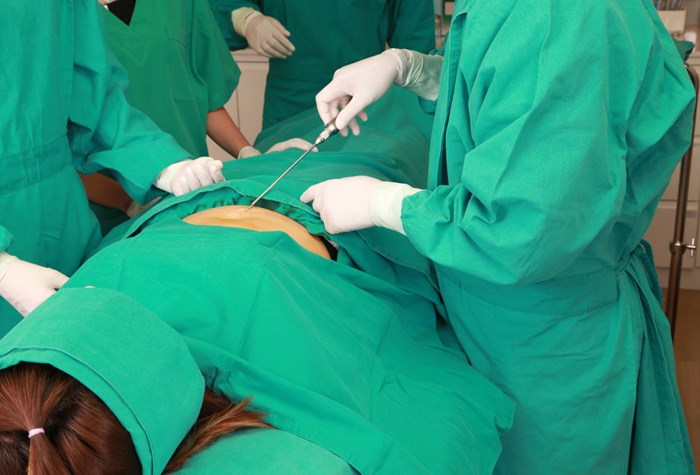 Fat grafting, also referred to as fat transfer or fat injections, is the surgical process by which fat is transferred from one area of the body to another area. The surgical goal is to improve or augment the area where the fat is injected. The technique involves extracting adipose fat by liposuction, processing the fat, and then reinjecting purified fat into the area needing improvement.

Since the 1990's Plastic Surgeons have reliably used fat grafting as a way to improve and enhance the cosmetic appearance of the face, breast, hands, feet, hips, and buttocks. However, more recently, clinicians have documented the therapeutic benefits of fat grafting in the healing of wounds and scars, as well as fat's ability to repair damage to breast tissue following radiation treatment.

The first 'fat grafting' procedure dates back to the late 19th century, 1893, when a German Plastic Surgeon, Gustav Neuber (1850-1932) transferred fat from the arm to the orbital (eye) region to correct scars formed from osteomyelitis (bone infection).

However, fat grafting had trouble gaining acceptance during the next 100 years due to the many complications that routinely accompanied the procedure. Modern liposuction techniques had not yet been developed or standardized and the extracted fat was generally of inconsistent quality, which yielded poor results.

In the 1990's, Dr. Sydney Coleman, a New York City Plastic Surgeon, began publishing papers describing standardized techniques for fat extraction, processing, and injection. Since that point in time, the procedure's popularity has only increased along with a wider variety of clinical applications.

Who performs fat grafting and where?

Fat grafting is most commonly performed by Plastic Surgeons, as liposuction is a primary component of the procedure. Plastic Surgery residents get comprehensive training in the standards of care for the liposuction procedure and are fluent in managing complications.

Fat grafting should be performed in an accredited outpatient surgery center (AAAASF, JCAHO) or hospital. Facility accreditation is important as it guarantees that the facility is inspected at regular intervals to ensure patient safety and best practices.

In the first step, fat is extracted from a donor area using liposuction techniques. This is best accomplished by manual methods using thin liposuction cannulas with small holes. Laser or ultrasonic liposuction should not be used for the extraction as it may destroy the fat cells.

The fat is then processed with decanting and centrifugation to separate debris, excess fluid, and dead cells from the viable adipose fat cells. An alternate method is to wash the fat with a sterile saline solution. The fat that is discarded are the fat cells which will likely not survive in the graft and they can even create problems for the good cells.

In the final step, the fat is reinjected in small droplets throughout the subcutaneous tissue of the recipient area. This is to ensure good blood supply to every fat droplet so that the fat graft can survive.

The amount of fat injected is measured in cc's and ultimately varies according to patient case specifics and the area of the body where the processed fat is being injected.

Fat grafting is performed with a wide variety of anesthetics. The choice of anesthesia usually depends of the volume of fat that is extracted from the donor area via liposuction. Extraction of small volumes of fat can easily be tolerated using a local anesthetic. However, larger volumes (>500cc) almost always require that the patient be sedated with IV anesthesia or General Anesthesia.

A summary of common fat grafting applications and the associated volumes of fat injected is as follows:

In 2001, a group of Plastic Surgeons and researchers from the University of Pittsburgh published a paper in Tissue Engineering describing the implications of adipose tissue in cell-based regenerative therapies. This was quite a revelation for the scientific community, as up until that time adult MSCs were predominantly thought of as a bone marrow product. As it turns out, adipose tissue is a much more prolific source of MSC's than bone marrow. By volume, mesenchymal stem cells (MSCs) are actually 300-500 times more abundant in adipose tissue compared to bone marrow tissue. Coupled with the ease of extraction of adipose tissue (compared to bone marrow), this opened up a whole new chapter for the field of regenerative medicine.

Since 2001, we have begun to learn how to unlock the regenerative potential of adipose tissue. Clinically, we are currently using fat grafts to rejuvenate skin, help reverse radiation tissue damage, and treat autoimmune skin disorders. But there is potential to use adipose derived MSC's in all areas of the body if we process adipose tissue further. However, most processing steps beyond basic fat grafting fall under the jurisdiction of the Food and Drug Administration and require IND (Investigational New Drug) application.

In summary, adipose tissue can be processed in several ways. Fat grafting, the most basic technique, can deploy some of the regenerative powers of MSC's to injured tissue. However, not all injured areas are amenable to a 'fat graft.' In this case, isolating the MSC's from the adipose tissue by collagenase digestion has even greater potential as these cells can then be delivered intravenously or intra-arterially to places unsuitable for fat grafts. Finally, MSC's can be cultured ex-vivo in a lab to dramatically expand the population of these regenerative cells.

There are many ongoing clinical trials (Phases I, II, and III) using adipose derived MSC's to treat conditions as varied as COPD, pulmonary fibrosis, congestive heart failure, osteoarthritis, Parkinson's disease, diabetes, Autism, Crohn's disease, multiple sclerosis, macular degeneration, urinary incontinence, neurological disorders and many other conditions. Current information about these trials can be found at the clinicaltrials.gov website, and retrospective summaries can be read here and here.

Fat grafting has truly opened new frontiers for plastic surgeons and for other medical specialties. Its power is only beginning to be understood and it is clear that adipose tissue will be a pillar of Regenerative Medicine. Who would have thought that your own fat, the most unwanted and unloved tissue, is now ushering in the new era where your own body can heal itself!