Is plastic surgery the ultimate gift? 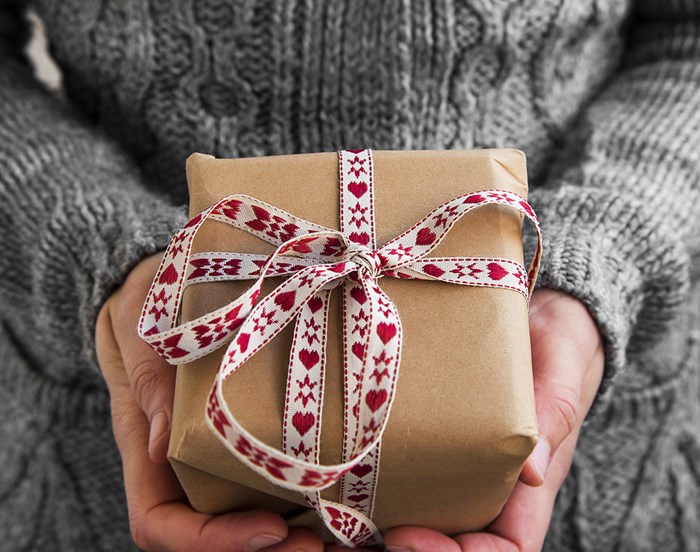 Cameras, jewelry, iPods. These are things we expect to see on the wish lists of our friends and family. But, a facelift? Yep, it seems that cosmetic procedures have found their way into Santa's sack.

With this trend, though, comes a warning. While giving someone a pricey surgery can be considered kind and loving, it can also come with problematic implications. Because the choice is such a personal one, gifting a plastic surgery procedure can be interpreted as meddling and insulting. If you're thinking of bestowing a loved one with the gift of physical improvement this year, make sure it will be well-received.

It wasn't so long ago that plastic surgery was a hush-hush topic; something that people did but didn't discuss. But with its rapid rise in popularity and the openness with which many celebrities discuss the work they've had, the stigma has been lifted. And with that lift, we've seen the fairly recent phenomenon of giving surgeries as gifts.

Presenting significant others and family members with cosmetic procedures has become increasingly common. And it's not unusual for people to use the holiday season as an excuse to pay for a loved one's surgery. This practice, however, can rub some people the wrong way.

When it comes to buying someone else a surgery, the worst mistake is making it a surprise. For example, giving your girlfriend a gift certificate for a breast augmentation can cause offense if she didn't ask for it. It would be like giving someone a membership for a weight loss program; it sends an obvious message that you're unhappy with their appearance. What was meant to be a present is actually an insult.

There's really no right way to offer someone a surgery unexpectedly. If you give a certificate for a specific procedure, it's very clear that you're critical of that particular part of their body. And if you give an open-ended certificate to a plastic surgeon's office, it comes across as a general affront to their entire appearance. You might as well say, "I'd love you more if your body were different."

Giving the gift of surgery is less problematic when it's on the patient's wish list. If someone expressly asks for a surgery, then the gift can be considered extremely generous and thoughtful. If the asker isn't able to afford the procedure on their own, receiving it as a present can be a dream come true.

Before making a purchase, remember that the choice to have a plastic surgery is a very personal one that should be made without the influence of others' desires for your appearance. In fact, I make it a point to consult patients one-on-one so that I can hear what they want for themselves, rather than what a husband or friend might want for them.

Even in this case, though, there can be pitfalls. When someone other than the patient pays, that person may feel that they have a role in the decision. So, if you decide to leave a rhinoplasty under the tree, make sure the recipient knows that the particulars are up to them.

The best possible scenario goes as follows: You are absolutely certain that someone wants a specific procedure as a gift. Instead of you choosing a surgeon and pre-paying, tell the recipient that the choice of ASPS Member Surgeons is theirs. In a consultation, the surgeon will be able to fully inform the prospective patient about their options, the risks involved and the expected outcomes, as well as an accurate cost. Only after these preliminary steps, should the gift be considered.

There are certainly more conventional and less awkward gifts than that of a plastic surgery procedure. A present should never result in hurt feelings or compromise of one's own desires. But, if you're still thinking about wrapping up a surgery gift certificate, make sure it's for the right reasons.