When is plastic surgery appropriate for teenagers? 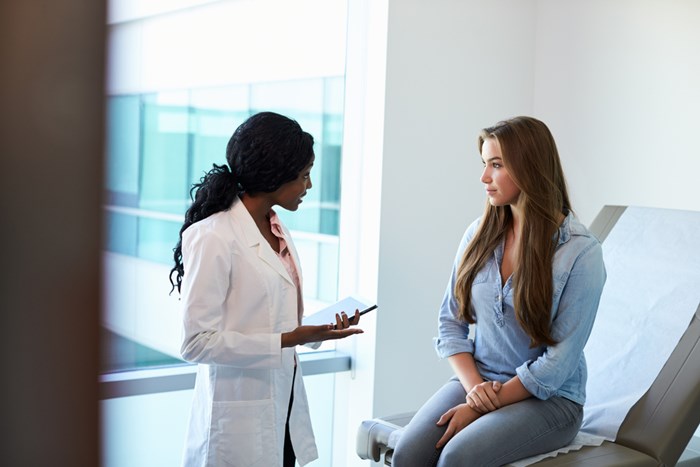 In the past, except for some rare cases, plastic surgery was limited to adults, usually older adults. A recent trend shows that not only are plastic surgery patients getting younger, the number of teens seeking plastic surgery is increasing. When should the answer be "yes" to plastic surgery for teenagers? Below are a few common procedures requested by teens along with recommendations, but each case should be considered individually.

Recent statistics indicate that plastic surgery procedures among teens are on the rise, but not all of it is alarming. Common procedures that teens ask for include noninvasive skin procedures like microdermabrasion, chemical peels and laser skin resurfacing. These types of procedures can make acne scars and skin discolorations less obvious and can improve the overall appearance of the skin.

Over the past five years, dermal fillers have also made a significant impact on how faces and lips are augmented, not only in teens but also in adults. Teens have seen their "Hollywood" role models get overdone lips and cheeks and have followed suit. Unfortunately, many of these teens have been misguided and most plastic surgeons recommend against the use of dermal facial fillers during the teen years.

Hyaluronic acid fillers are naturally occurring substances that may be a better option. Over a few months, they will slowly and safely be absorbed by the body. Though many people think it is too early, some teens are getting Botox to inhibit the formation of lines on the face. In general, most professionals do not recommend the use of Botox or fillers for cosmetic purposes in teens, but the effects of Botox are not permanent and will fade over time.

Cosmetic procedures requiring surgery for teens are rare. Breast enhancements for teens are usually performed for those looking to improve symmetry and balance proportions for a sleeker, more athletic and more natural look. Some teens even seek breast reductions to accomplish this goal. In boys, male breast reduction procedures for gynecomastia are in demand. Gynecomastia, or the growth of male breast tissue, is considered to be a "silent male disease" and may be caused by medication side effects, obesity or other reasons.

Often, once boys fully mature and slim down, the breasts will disappear on their own. Severe cases, however, may demand surgical attention to decrease the emotional impact of excessive breast tissue in the teen male. In some cases, this can be done via minimally invasive techniques using ultrasonic liposuction.

Otoplasty is a procedure that is commonly performed to reshape and correct prominent ears. It can be done during the teen years but may be done as early as age 6 or 7 when the ears are nearly adult-size, particularly if a child is being ridiculed at school with names like "Dumbo ears." The nose is also a common subject of teasing in school-aged children and teens. Rhinoplasty, or nose reshaping, is the most common cosmetic surgical procedure for teens, and it is usually performed when required for emotional reasons. Both of these surgeries may result in dramatic improvement for teens, both physically and psychologically.

Some parents are continuing to give plastic surgery as a "gift" for graduation or other occasions but many plastic surgeons may be heaving a sigh of relief as teens are trending toward a more "natural" look.

Over the past several years, upticks in plastic surgery rates may have been driven by celebrity trends. The "selfie" has also been credited with increasing plastic surgery rates but the trend may be slowing. Increasing numbers of celebrities who had "botched" procedures or who simply went too far may have reduced outrageous demands and teens are appearing to become more satisfied with minor improvements.

Plastic surgeons who are faced with teens wanting plastic surgery must act as guides and help both teens and parents come to a reasonable expectation. Doctors usually require discussions with the teen to ensure that they are mature enough to understand both the risks and benefits of a potential change, particularly if it is a permanent, surgical procedure. In some cases, teens are encouraged to "wait and see" because additional maturity may give the teen what they want over time.

Most importantly, the parents or guardians of the teens must be involved. This helps prevent mistakes and misunderstandings and helps ensure both the physical and emotional safety of the teen patient.