Increasing diversity in plastic surgery starts with transparency from men 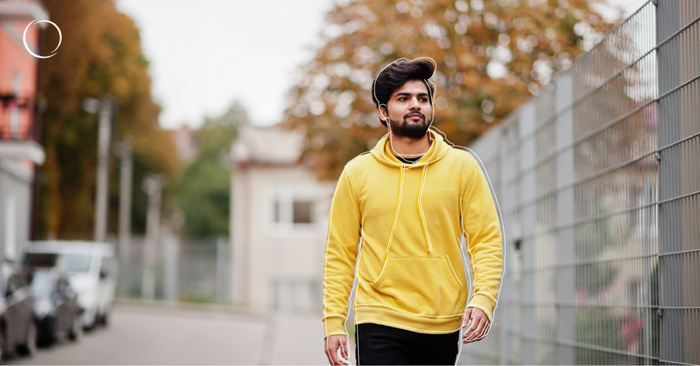 With younger generations of all genders wearing their plastic surgery procedures like a badge of honor, the question remains: Is plastic surgery still taboo? According to fashion magazines, millennials and Gen Zers the answer is no. And with celebrities like Cindy Crawford, Amy Schumer and Chrissy Teigen openly discussing the nips and tucks they have had done, it's seemingly easier to embrace your surgery now than ever before.

While celebrities and younger generations are owning the work they've had done, there's no doubt the openness seems to be coming mostly from one group – women. Though the overall transparency is important when it comes to the industry of plastic surgery, diversity is essential in this space.

Although more than one million men had some sort of plastic surgery procedure done in 2020, you oftentimes don't hear that spoken about publicly, whether that be on social media or even in smaller circles of friends or family.

"Most male patients who come to see me don't necessarily want anyone to know," says Karen Horton, MD, MSc, FACS, FRCSC, an internationally board-certified plastic surgeon and member of the American Society of Plastic Surgeons out of San Francisco. "When I say, 'hey, you should tell some of your dad friends about your procedure,' they're like 'no way.' I definitely think there is stigma," she says.

Where you live matters

While many surgeons tend to agree that plastic surgery is still taboo in some parts of the country, it seems to depend on your gender and the area you live in. With surgical procedures like Botox and lip filler being talked about amongst girl friends over morning coffee and brunch in some parts of the country, like Los Angeles and Miami, smaller cities may still feel more "hush hush."

"It's so interesting to hear about plastic surgery being stigmatized amongst men because D.C. is a small town, it's a very traditionally private town but I'm seeing a lot more men having surgery because a lot more men are talking about plastic surgery," says ASPS member Troy A. Pittman, MD, FACS,  who has an expertise in aesthetic surgery of the breast, including complex breast revision surgery, and who also sees a large amount of male patients in the D.C. area.

Although there may seem to be a large discrepancy in plastic surgery amongst men and women, the reality is that most of us, regardless of gender, struggle with similar insecurities. Whether that be that stubborn body fat we couldn't get rid of at the gym or the size and shape of our chest.

"The motivation for surgery, especially when it comes to men is always the same. They have a little bit of stubborn fat, a lot of people diet and exercise and they want a tune up," says David Sieber, MD, a double board-certified plastic surgeon out of San Francisco.

While 2020 statistics show that the number of procedures males had in 2020 were down overall (most likely caused by the pandemic), more than 8% of all cosmetic procedures were done on men and the numbers are continuing to rise year after year.

"Both for men and women, I think the stigma is decreasing a little bit in certain groups, but I think there is, in general, still a stigma associated with having plastic surgery," says Dr. Sieber.

As more men open up about the surgical procedures they've had done, the numbers will not only continue to rise but the stigma around plastic surgery will lessen as well.