Seven things you need to know about a Brazilian butt lift
Spoiler: It's not Brazilian and it's not a lift, either 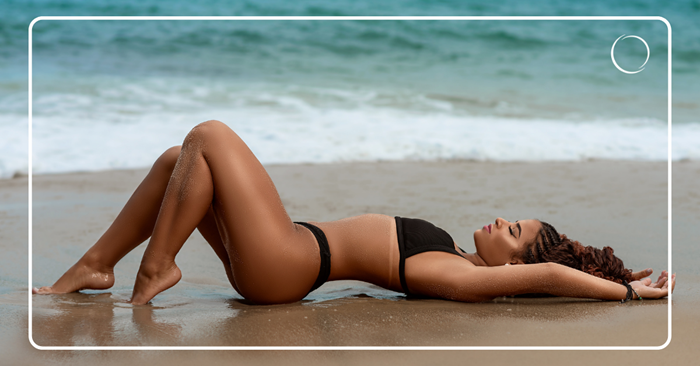 For the last several years, the Brazilian butt lift (BBL) – more correctly known as gluteal fat grafting – has been mired in controversy and danger that reverberated so loudly that even those unfamiliar with the world of plastic surgery were aware of the procedure's alarming statistics.

"There was survey data published that really drew attention to a high mortality rate," explains President of the American Society of Plastic Surgeons (ASPS) and Endowed Professor and Chair of Plastic Surgery at the University of Pittsburgh Medical Center, Dr. J. Peter Rubin. "Based on the survey data, it looked like the death rate was as high as one in 3,000, which is a very, very high mortality rate."

But over the last five years, thanks to a rigorous campaign of patient and surgeon education, along with refined surgical techniques and additional research studies that provided new insights, gluteal fat grafting has slowly established itself as a safer procedure in the hands of a qualified plastic surgeon.

And while gluteal fat grafting continues to evolve, "patients should know, number one, that this is a procedure that has been associated with fatal outcomes," says Dr. Rubin, who adds that there are several key safety facts that every prospective BBL patient should know.

To help you find the right surgeon to perform the procedure, Dr. Rubin, along with California-based plastic surgeon Dr. Steven Williams – both members of ASPS – outline the most important facts to know about the BBL.

What is a BBL?

To start, Dr. Rubin clarifies what a BBL is not – it is "neither Brazilian, nor is it a butt lift," he says. "It's an augmentation of the buttock region using a patient's own fat tissue."

This two-step procedure starts with liposuction of a different area, often the abdomen, the flanks, the thighs or back, says Dr. Williams, and the fat removed from these areas is then injected into the hips and buttocks to improve shape and projection.

What makes a BBL dangerous?

A BBL uses a technique known as autologous fat transfer or fat grafting, which Dr. Rubin points out is a consistently safe procedure; the risk of a BBL is specific to the anatomical region where the fat is injected. As fat is transferred to the buttock, that's when surgeons "are getting into anatomic danger zones where there are a lot of blood vessels and it is very easy to have fat enter the bloodstream and literally clog major blood vessels," he says.

Immediately after the startling 1 in 3,000 data was published, ASPS joined forces with other plastic surgery organizations worldwide to create an international task force to explore the serious safety issues.

"The task force discovered that there was a relatively high incidence of complications, the most serious of which included fat embolism," says Dr. Williams. "Fat embolism occurs when fat that is supposed to be placed in the buttocks is instead inadvertently introduced into the venous system," triggering a cascade of dangerous events within the body that could lead to death.

"Recent survey data has suggested that many, many surgeons are changing their technique based on the recommendations of the task force, and that the mortality rate is now approximately that of the tummy tuck, one in about 15,000," says Dr. Rubin.

"These technique modifications include to avoid placing fat in the muscle itself where these large blood vessels are at risk," says Dr. Williams.

Instead, surgeons must inject the fat tissue above the gluteal muscle, which Dr. Rubin says is crucial to BBL safety, because "that muscle layer is really a barrier that separates the blood vessels from the cannula (the device used to extract and inject fat)."

Dr. Williams adds that the task force has led to "significant success" with the BBL becoming "much, much safer."

Serious complications are rare but immediate

"The really severe, life-threatening complications, when they happen, tend to happen either during the surgery or within hours following the procedure," explains Dr. Rubin. "After the procedure, we can see things such as infection or what we refer to as fat necrosis, but if you're a week out, it is less likely that you're going to have a serious, systemic complication."

Patients will lose some volume postop

To preserve as much of the injected fat tissue as possible, Dr. Williams recommends that patients "minimize the amount of time that they sit or put pressure directly on the grafted fat during the recovery period."

Around month three, the risk of losing fat will drop off and the buttock's appearance, according to Dr. Rubin, will be a "pretty good indicator of what's going to stay there." Dr. Williams notes that during months three to six, the shape "should further refine and the curve should become more apparent."

Padding will be your recovery BFF

A BBL recovery is similar to liposuction, according to Dr. Williams. "Patients should expect to wear a compression garment, have a recovery period that consists of mild to moderate pain with some bruising and swelling," he says, before adding that the key to a successful BBL recovery is to avoid sitting for too long.

"We know that keeping pressure off of that area is really important," cautions Dr. Rubin. And to reduce pressure on your sit bones? "Padding, padding, padding," he says. "Foam padding and egg crate padding will help relieve pressure."

The ideal candidate range is narrow

Because a BBL carries more risk than most other plastic surgery procedures, appropriate patient selection is extremely important, and surgeons should be stricter with qualifying criteria. "An ideal candidate is a patient who has realistic expectations about the results," says Dr. Williams. "The patient should be relatively close to their ideal body weight and be in good health and a nonsmoker."