Liposuction vs weight loss: What are the differences? 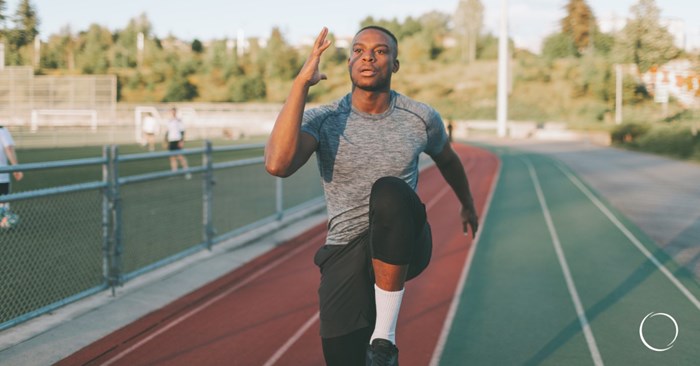 Even when you're at your smallest, chances are there are one or two areas you might wish were proportioned differently. Genetics, hormones and aging cause our fat to be distributed in various ways, so some people carry their fat differently than others. From apple-shaped bodies to rectangles or pear shapes, it's perfectly normal for there to be differences.

However, many patients wish they could alter their physique by removing some of the fat from stubborn, isolated spots, so they turn to liposuction. Liposuction is not designed to be a weight loss tool, and it won't convey the health benefits of a good exercise routine and diet, but it does have numerous benefits.

Despite what is commonly believed, you don't have to be "big" to have liposuction. Patients who have this treatment are mostly individuals who maintain a stable, normal body weight but who also have some specific, problematic areas of fat, such as love handles, below-the-skin belly fat, a double chin or batwings on the upper arms.

These are the people who are considered to be ideal candidates. In fact, plastic surgeons prefer that patients are close to their ideal weight and are in a good state of health before having this surgery. Here's how normal weight loss differs from liposuction.

We all have a set number of fat cells by the time we reach adulthood, and this number doesn't change much throughout the rest of our lifetime. Unfortunately, our fat isn't always distributed the way we want it to be. Even after we lose weight from all over the rest of the body through exercise, it doesn't guarantee that we'll be able to lose fat from specific areas.

Studies have shown that spot-reducing fat doesn't actually work. Traditionally, a healthy lifestyle has been the way of losing weight and maintaining your weight loss.

When you shed a few pounds by conventional means – such as eating healthy or exercising – the fat itself doesn't actually burn off. Instead, the fat cells simply shrink in size as some of their lipid contents are used up. These cells can become larger again if you put on weight in the future. Becuase you don't actually lose these fat cells, it's more likely for you to gain weight again after.

Normal weight-loss methods are also the only way of reducing visceral fat – the hard, protruding fat in the abdominal area that surrounds the internal abdominal organs. Visceral fat is more dangerous to our health than subcutaneous fat when we have an excess of it. Liposuction can't remove this fat, as liposuction only works on soft, subcutaneous fat that accumulates just under the skin on various areas of the body.

As noted above, liposuction isn't a substitute for avoiding unhealthy foods and keeping active, but when other methods haven't worked for toning up some areas of your body, you might be a suitable candidate for body contouring surgery.

When you have liposuction, fat cells below the surface of the skin are eliminated permanently once they have been removed from the body. You'll still be able to gain weight, but it's more likely to go to other areas of the body that have not had liposuction. Liposuction is the ideal technique for dislodging and removing fat in isolated spots that are resistant to diet, exercise and lifestyle changes.

The majority of lipo patients only lose between two to five pounds, so you won't see any extreme weight loss from this surgery. However, maintaining a healthy lifestyle after you've had liposuction will help you to get better results from surgery, have a smoother recovery and maintain the physique you want in the long term.