What are female-to-male gender confirmation surgeries? 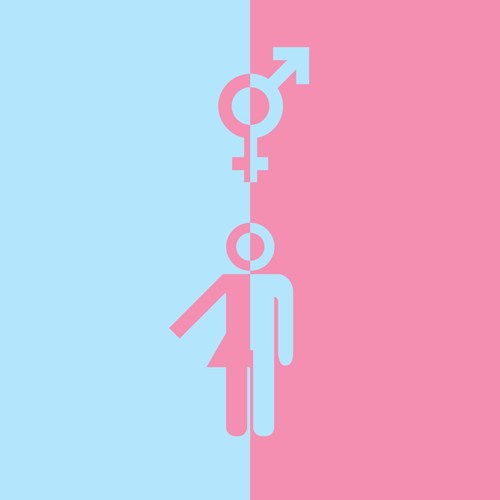 For patients with severe gender dysphoria, or gender incongruence, surgery has been a mainstay of treatment for decades. Recently, Medicare lifted a 33 year ban on gender confirmation surgeries, as the benefits are clear in a well-screened patient population and the surgeries are no longer considered experimental. Facial feminizing surgery, breast augmentation, and vaginoplasty may be pursued by male-to-female patients. Likewise, for female-to-male patients, chest masculinizing surgery, hysterectomy and genital reconstruction are often pursued.

Chest masculinizing surgery is a procedure whereby breast tissue and excess skin are removed from a female-to-male patient, and the chest and nipple areolar complex are reconstructed to appear masculinized. Depending on the size of the patient's chest, either the keyhole (subcutaneous mastectomy) or double incision (simple mastectomy) techniques are utilized. In most cases, the nipple areolar complex is also resized and reshaped. Either procedure is typically outpatient, and most patients return to work within two weeks. The surgery is well-tolerated by most and, in experienced hands, complications such as infection, wound healing difficulties and nipple areolar loss are rare.

There are several options for genital reconstruction for a transgendered man. A metoidioplasty is a local tissue rearrangement that is outpatient and can be safely performed at the same time as a hysterectomy in some centers. This typically creates a phallus that is one to three inches long, depending on the amount of growth that has been achieved on testosterone. The meta can also contain a urethra, allowing a patient to stand to urinate. Scrotoplasty and vaginectomy may be performed in the same surgical setting. Testicular implants are often placed in the scrotum at a separate surgery. Most patients return to work within four to six weeks. The best candidates are those that are close to ideal body weight and have had genital enlargement on testosterone. With any urethral lengthening procedure, complications such as urethral stricture or fistula are possible.

Phalloplasty is a general term used to indicate that a phallus is being constructed by any one of a variety of surgical techniques. The current mainstay of treatment utilizes a sensate pedicled flap or a microsurgical free flap technique. Local flaps such as the groin flap or abdominal tube flap typically yield a phallus with no sensation and are usually devoid of a urethra. More modern techniques utilize a microsurgical dissection allowing for a nerve, artery, and vein to be reattached after distant tissue is transferred to the site where the phallus should reside. Common donor sites include the forearm, back, or thigh. Most patients return to work in eight to ten weeks, but some require more time off if complications should arise. Growth of genital tissue on testosterone is not as important in phalloplasty because the tissue utilized to build the phallus is brought in from some other donor site on the body. Good candidates include those with a body mass index of less than 35 and who are healthy enough for the lengthy eight-hour procedure. The most devastating complication is total flap loss, or loss of the tissue being used to create the phallus. This typically occurs because of a blood clot forming in the vasculature. In experienced centers, this risk is usually less than 3%.

For more information, including a list of ASPS plastic surgeons in your community, please use our Find a Plastic Surgeon tool.