Medical tourism: What you need to know about traveling for plastic surgery 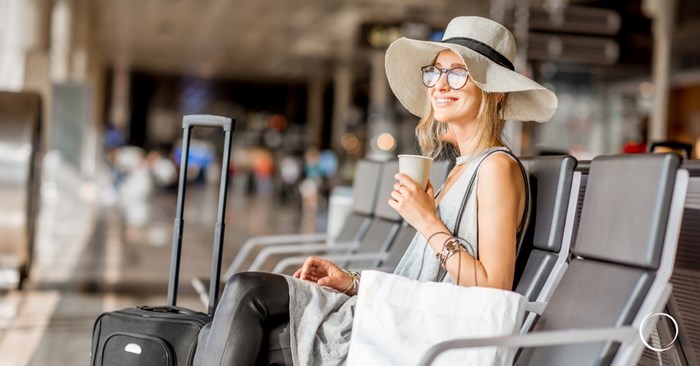 From four-inch stilettos and old-fashioned corsets to procedures like leg lengthening, there's no doubt people will go to extremes to feel beautiful. Not only will individuals go to extremes, but they might actually go to the ends of the earth just to get the work done at a better price. For years, many Americans have traveled across the globe to places like Mexico, Brazil, Thailand and more for medical care.

And if you've paid attention at all to plastic surgery in the media, you are probably familiar with the idea of medical tourism. While you may think of medical tourism purely as flying to another country for procedures like gluteal fat grafting (hence the common name, Brazilian butt lift), that's just not the case.

We spoke with three members of the American Society of Plastic Surgeons to learn the negatives and positives of medical tourism.

What is medical tourism?

Medical tourism broadly refers to the idea of traveling for a medical procedure either internationally or domestically.

"Most commonly, I think a lot of people associate it with international travel, but it could also be domestic as well," said Joe Hadeed, MD, FACS, who has practices in Beverly Hills and Miami. "And oftentimes, the reasons why somebody would want to travel can vary, but usually, it's due to cost. They're really trying to find the cheapest deal out there for the procedure that they're interested in."

Cost is a major consideration when it comes to medical care, whether that be fixing a bump on your nose or getting rid of those forehead wrinkles you hate seeing in the mirror every day. And given the high cost of some medical care in the United States, it can be tempting to go elsewhere.

"In a lot of countries, it's cheaper because they offer package deals," said Hadeed. So, for example, not only will the price of the surgery be included, but also the hotel stay and any nursing care afterward. And even with the cost of travel, it's still significantly cheaper in a lot of instances compared to if they were to go to a local plastic surgeon.

What are the risks?

While you might get a bargain up front on a procedure you want done, that doesn't mean it's safe or even the cheapest once all of the costs are included. You might even end up spending more than anticipated if complications arise. When you are traveling for surgery, it's important to research your surgeon beforehand, think of the risks and ask questions about preoperative and postoperative care. Before you even buy your plane ticket to have the surgery you desire, ask yourself questions like, "will I need someone to take care of me after the operation?" and "are there risks that come with traveling after surgery?" The answer to both? Yes.

"I think what is really important is to ensure that if you are traveling domestically for a surgery, that you have identified somebody in your own community that can help care for you after," said Danielle DeLuca-Pytell, MD, a board-certified plastic surgeon out of Troy, Michigan. "Because when you have surgery in another state and you develop a problem, that's not the right time to be figuring out who can help perhaps drain your seroma. It would be logical if you were having surgery in another state for that particular surgeon to perhaps call somebody locally and have an arrangement."

And while every plastic surgeon will have their own list of postoperative instructions, if you're plastic surgeon doesn't speak with you on this prior to your surgery, that's a major red flag.

"So, Miami, for example, it's a big problem because they have a lot of, colloquially referred to them as chop shops or plastic surgery factories where patients will come in, oftentimes, they won't even meet the surgeon until the day of the procedure," said Hadeed. "And then they're discharged from the care of the clinic with no postoperative instructions, no follow-up care. A lot of times they don't even see their surgeon again. And they're sent back home and there's no appropriate follow-up care. They're told if they have any complications to go to the nearest emergency room, and patients are just left out to dry and essentially fend for themselves. So, it's a big problem."

If you're traveling for surgery whether that be out of the country or domestically, to a place like Miami, "one of the risk factors that amplifies that is being immobilized for a long period of time," said Darren Smith, MD, a New York City board-certified plastic surgeon. "So, we think the risk of that is most amplified for the six-week period after a surgical procedure, but you can also amplify the risk of that by being immobilized shortly before a surgical procedure. So, in an ideal world, you'll have someone travel to your surgical center in advance of their procedure and then make sure they're well hydrated, they're up and they're mobile so that you're not actually starting your operation on somebody who's already at increased risk for venous thromboembolism."

The importance of doing your research

First and foremost, when you are getting a procedure done in the United States, there are standards in place to make sure you are getting the safest, most quality care. "And while there are certainly countries and cities around the world with similar standards, we just aren't as familiar with them," said Smith. "So, it really becomes something where the patient has to really dot their i's and cross the t's."

Now, with an ample amount of information online and patient reviews and before-and-after photos scattered throughout platforms like TikTok and Instagram, it can be hard to know where to find a safe and qualified plastic surgeon, especially if you go abroad. But there are steps you can take to make sure you are getting the best care possible.

"You need to, again, go back and make sure they're the equivalent of board certified where they are," said Smith. "You need to look at what kind of preoperative and postoperative care is in place. And you need to make sure that there's a very safe system for you to be present locally after your procedure. And then there has to be a system in place for follow-up when you get back home because surgery is not just the two or three hours on the table, it's the month before and two months after the procedure."

Red flags to look for

Medical tourism has been around for decades, but with the constant influx of new information and different body trends on social media every few years, knowing the facts can be difficult. So, regardless of where you are getting your procedure done, there are some red flags you want to look out for.

"If they don't have the opportunity to meet with the surgeon who's actually performing the procedure before the day of surgery, I would say that's a huge, major red flag," said Hadeed, adding that oftentimes patients who go to so-called "plastic surgery factories" never even meet with a medical provider.

This begs the question: How do prospective patients find a board-certified plastic surgeon that is going to give them the best care possible?

"The real kind of difficult thing is that there's only transparency at the highest and safest levels," said Smith. "If you're a member of ASPS, you're a board-certified plastic surgeon, you're required to have transparency. But if you're not, nobody's enforcing any of this."