Six things to know before booking a rhinoplasty 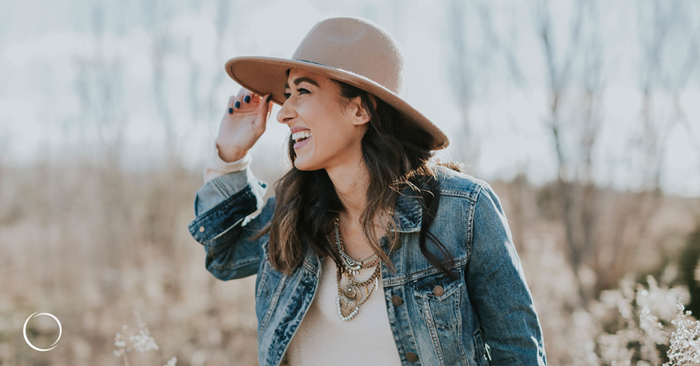 In 2020, rhinoplasty toppled the long-standing breast augmentation as the most common cosmetic plastic surgery in the United States, according to the annual statistics report from the American Society of Plastic Surgeons. And as plastic surgery becomes more mainstream prospective patients are becoming more familiar with many of the most prominent procedures, rhinoplasty being one of them.

Yet, this familiarity – a widely positive effect – leads many to conflate prominence with painless and straightforward, which is simply not an accurate assumption. With a revision rate hovering between 5-15%, according to a Plastic and Reconstructive Surgery – Global Open study, it may actually be one of the most nuanced cosmetic surgeries out there and one that you want to get right the first time. We asked two leading plastic surgeons who focus nearly exclusively on rhinoplasties, for their insight into what patients must absolutely know before booking the procedure.

A perfect nose is in the eye of the beholder

A successful outcome depends upon a patient's perspective going into surgery. "Rhinoplasty is about improvement, not perfection," says Austin-based plastic surgeon and ASPS member, Adam Weinfeld, MD. "I tell patients they really need to stick to the three big things that bother them the most."

Be specific about what you want to change

"The best rhinoplasty patients are those who have a very specific and reasonable understanding of what they want to have changed," says Dr. Weinfeld. "They know what they don't like and they're big, obvious things that have routine, predictable solutions."

But what about the prospective rhinoplasty patients who know that they don't like something about their nose but can't exactly pinpoint what that something is.

"That's the bigger category of patients," says Dr. Weinfeld, who says that they will come in and simply say they want their nose to be "better," which he says is a red flag, and such a patient shouldn't be operated on until they're able to articulate their idea of a successful outcome.

Swelling will wax and wane

Swelling is a sure thing with any rhinoplasty procedure, and frustratingly for patients, it's not a linear process. "Patients should be prepared for a long healing journey, up to a year and a half," says ASPS member and NYC-area plastic surgeon, Richard Reish, MD, FACS.

"There will be some days they look great and then some days they look bad. I'll have some patients that come in two months after surgery and their nose looks perfect. It's amazing. We're all so happy. That same patient comes back nine months later, and their nose looks terrible. They just have some type of waxing and waning swelling," he says, adding that a steroid injection to the area will bring down the puffiness.

"I don't think patients recognize that at a month, two months and even up to three months, they still have up to 40% of the swelling," agrees Dr. Weinfeld. "At the three-month mark, we know from volumetric studies that 60% of the swelling has resolved, but 40% is still present."

You're not going to look good at first

One of the most important things Dr. Reish emphasizes to his patients is to withhold immediate judgment. "I tell them do not be disappointed with the results at first, you will not look good at first when I take off the split," he says. "I will even tell them they may even have a hump, a very wide tip, maybe even nostril asymmetry as well, which is fully expected and extremely normal."

In the immediate days after surgery, many of Dr. Weinfeld's rhinoplasty patients are surprised by the extent of their eye swelling, although they report more pressure around their nasal area versus actual pain.

The satisfaction timeline also depends upon the type of corrective rhinoplasty procedure you had. "If they had a huge hump on their nose and you can remove that hump, patients can see that immediately and can be happy immediately," says Dr. Weinfeld, who adds that a patient seeking a smaller, more subtle refinement will likely be waiting several months to see a hint of a result.

"The splint may come off, and you may see some inklings of how it's going to look, but when the splint comes off and some of that swelling returns, you may not see what you liked or what you were hoping to like for months and months and months," he says. "So, it really depends on the magnitude of what you're trying to change."

Stay away from social media

One direct, one-way ticket to disappointment is bringing an image from Instagram or TikTok into your surgeon's office as an inspiration photo.

"Often, unfortunately, patients are choosing people who have very unique and stylized features, who clearly via Instagram live, or at least want to portray, living very glamorous, happy, wonderful lives," says Dr. Weinfeld. "And then patients are pointing to a nose that likely could never be a result that they have because they don't have a similar face and they don't have similar anatomy, starting off with their nose. And the concern there is that you have to ask the patient, is it their overall face you really like? Is it the setting that they're in or does this nose look anything like a nose you think your nose could look like? I think some people wanted a specific nose because it was associated with a particular life or lifestyle."

Be wary of 3D imaging

Dr. Reish estimates that he performs a thousand rhinoplasties a year in his office, and about half are revision procedures. A common theme with patients seeking a revision, according to Dr. Reish, is that they were misled by their original surgeon based on 3D imaging, where a surgeon can push a button and start manipulating a nose that perhaps can't be replicated, leaving the patient with unrealistic expectations.

Although many board-certified, reputable surgeons use 3D imaging as a tool to simulate a good outcome, what's even better is to look at your surgeon's own before and after photos.

"You need to be able to go on your surgeon's website and see hundreds and hundreds of real, non-edited, non-Photoshopped before and after pictures," says Dr. Reish. "And if you like the vast majority of those pictures, the odds are heavily in favor that you'll be happy with your results as well."