What to expect after your breast augmentation surgery 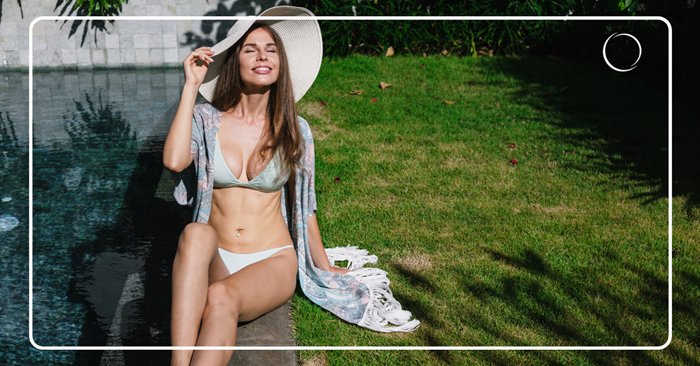 Small or large, round or narrow, side set, teardrop or asymmetrical, breasts come in any number of shapes and sizes. But for those who aren't happy with the breasts they were naturally dealt, breast augmentation has long offered an opportunity to change them.

As one of the most consistently popular cosmetic procedures of recent decades, breast augmentation has come a long way since the experimental surgeries of the early 20th century and since the advent of breast implants in 1961. The operation is among the most recognizable examples of plastic surgery and has come to play a pivotal role in shaping the cultural understanding of the space for many years. Yet, even as roughly 200,000 Americans underwent breast augmentation in 2020 alone, confusion persists around its recovery process, and many patients remain unsure of what to expect after the procedure.

While recovery time can greatly differ depending on the specifics of your procedure, your health, and after-care, there is a general timeline that often rings true for breast augmentation.

"Depending on the technique used, recovery can be three weeks (with subglandular augmentation, my preference) or three months (with submuscular technique, which is much more painful and involves cutting your pectoralis major muscles and stretching them over an implant)," explains Karen Horton, MD, a board-certified plastic surgeon in San Francisco and ASPS member.

Is there anything you should avoid before surgery to minimize recovery time?

Contrary to popular belief, recovery actually starts before you even have your breast augmentation. Although patients aren't at all limited in their physical activity in the days and weeks leading up to the surgery, there are certain medications and supplements that should be avoided.

"The main offenders for increasing bleeding and bruising with surgery are anti-inflammatories," Dr. Horton says, referring to aspirin, ibuprofen, and the like. There are also a number of vitamins and supplements, like vitamin E, fish oil, ginkgo biloba, and garlic, that you should avoid for two weeks before (and after) surgery. "In concentrated forms, they can increase bleeding in some studies."

As with any surgery, breast augmentation carries different points of recovery in the days, weeks, and months that follow. Immediately following the operation, rest and icing will be top priority.

"Ice is your best friend in terms of keeping swelling down and helping to control the pain, and that's the process I do with my patients now," says Anureet Bajaj, MD, a board-certified plastic surgeon in Oklahoma City, Oklahoma and an ASPS member.

Drains can significantly speed up recovery time, as they remove wound fluid rather than forcing the body to absorb it, but in most breast augmentation surgeries, they are not needed.

"After a breast augmentation, most women don't have any drains, and the incisions are all healed," says Dr. Bajaj. "So, theoretically, there shouldn't be a whole lot to deal with." The one thing that may come up, however, is itchiness around the incisions during the first 24 to 48 hours.

And although it's natural to think of bedrest as necessary in the first few days following surgery, Dr. Bajaj says this is not actually the best course of action after breast augmentation.

"I think the conception of being bed-ridden or on bed rest can be misleading because you really want to be up and about and walking," she notes. "It makes you feel better because it keeps the blood moving. The more sedentary and stiffer you are, the more you almost freeze up, and the more painful it is."

It may sound ambitious, but according to Dr. Bajaj, it should only take between three to five days to get past this first stage of recovery.

To be on the safe side, though, it may be wise to plan for up to a week.

"I recommend one week off of work for subglandular augmentation and longer if the muscles were operated on (i.e. revision surgery) or if the patient has a physically demanding job (firefighter, police officer, nurse, surgeon)," Dr. Horton advises.

How much pain can you expect?

The pain experienced after breast augmentation is subjective and will depend on a variety of factors, but it can be helpful to have a rough idea of what to expect.

"From what I remember, the pain and discomfort wasn't like a sharp pain," Dr. Bajaj recalls of her own breast augmentation. "I remember feeling like I had done 150 pushups and that my chest was just really sore. To me, it felt like muscle soreness after the biggest workout of your life, and that's how I describe it to my patients." She warns her patients that they will feel especially sore the morning after the operation and that when they first wake up, they aren't going to want to move.

Many women who've undergone breast augmentation also report feeling some muscle soreness whenever they move or raise their arms in the days after surgery. "Your pectoralis is connected to your humorous, so any time you move your arm, you may feel some soreness in your chest," says Dr. Bajaj. You also may experience a burning sensation around incisions in the immediate aftermath, but this should subside fairly quickly.

When can you return to normal activity?

It takes only about a week to heal enough from surgery to return to work (if an office job) and most activity, but there are certain things, namely exercise, that require waiting a bit longer.

"I usually tell patients they can start working out at about three weeks post-op, and that means legs and arms but no chest," Dr. Bajaj explains. "I remember the first time I went running again, it was about two weeks after surgery, and I felt like my breasts were going to fall off my chest. So, I tell my patients that when they first start doing any type of cardio that's really bouncy, that's what it will feel like, and they might want to wear two bras."

And although you may be super excited to show off your new breasts in a cute bra, you will be somewhat limited on the type.

"I put my patients in a surgical bra that they wear for two weeks, and then after that, I tell them to wear any sports bra or bra without an underwire," says Dr. Bajaj. "I don't let them wear an underwire bra for about two to three months until the implants have settled."

Generally speaking, it's best to listen to your body and see what feels right. "There are no long-term restrictions after surgery – or at least there shouldn't be," Dr. Horton adds. "Some surgeons do recommend stopping using your pec muscles if implants are under the muscle, but really, how on earth do you do that?"

What kind of scarring can you expect?

Any surgery comes with a scar or two, and breast augmentation is no exception. But thanks to modern advances in technique and technology, they can be extremely minimal.

"They're usually a fine line initially, and they'll go through an inflammatory stage where they're fine red lines, then they'll fade," Dr. Bajaj explains. "But most scars will fade by a year, and if they're underneath the breast, it takes a lot of effort to try to see them. Most of my patients don't even mention it."

Will you need to have implants replaced in the future?

If your breast augmentation includes implants, you may be wondering if you're signing up for a lifetime of surgery to replace them. But in simple terms, this isn't necessarily the case.

"No implants are going to last forever, and when an implant needs to be replaced depends on the wear and tear of that implant, and the risk of rupture is related to how old it is," Dr. Bajaj says.

"You don't need to replace an implant unless there's a problem with it. If it's saline, you'll know it's ruptured because it will be deflated, and if it's silicone, you'll know it's ruptured if you get an ultrasound or mammogram," the Oklahoma-based surgeon explains. "The other reason people get implants replaced or removed is if they want to change size, if they want to change from saline to silicone or vice versa, or if they've gained weight or lost weight and need to do something else to make things look good."

How can you manage your expectations?

Even once you know what to expect from your breast augmentation, it's important that you manage those expectations throughout your surgery and recovery. Keep in mind that your breasts won't find their final resting place until about two months after surgery, so don't worry if implants are sitting especially high or you're doubting the shape. You may also experience heightened sensation, particularly around the nipples, in the weeks and months following your operation, because your nerves are being stretched and irritated, but it should subside soon after.

"I think the most important thing is to be patient," Dr. Bajaj says. "As humans, we want instantaneous results, and we want to look perfect the very next day, but recovery from any surgery will take six months to a year before you're completely back to normal and you feel like your breasts are fully a part of you."