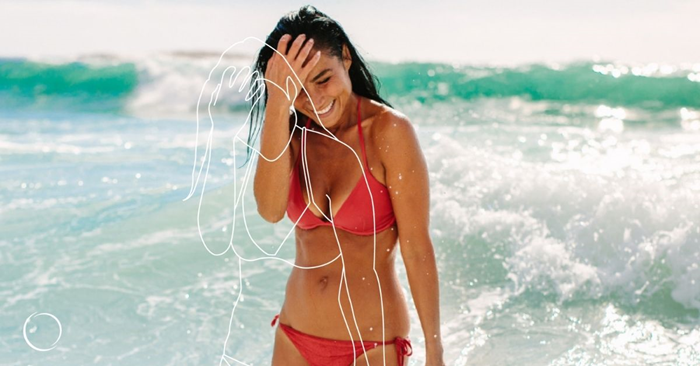 When it comes to recovering from any type of procedure, it's easy to talk the talk. Don't lift anything heavy. Do take bromelain tablets. But unless you've been there and done that, there's truly no way anyone could know what they can reasonably expect, and that can be scary for patients seeking a surgical procedure.

Almost a year ago – June 16, to be precise – I opted to have a breast augmentation. I received a very thorough walk-through of what recovery would look like from my amazing plastic surgeon and American Society of Plastic Surgeons member, Adam Kolker, MD, and lucky for me, a friend had just undergone the same procedure several weeks prior, and it was a huge comfort to be able to rely on her feedback and experience as I endured my own. But even still, I called and texted Dr. Kolker in moments of panic – "How do I know if my bra is too tight? Could it pop the implant?" were just a few of my oddball questions, but my point is that everything you're experiencing in recovery is brand new to you and your body, and you just don't know whether something is normal or cause for concern.

Below, I deep dive into my breast augmentation recovery, from day one to day seven, to share an honest – and sometimes embarrassing – account of what you might expect too.

I woke up in Dr. Kolker's recovery room with one of Dr. Kolker's registered nurses, Kat, watching over me. She handed me an apple juice – I was very thirsty, as I wasn't allowed to drink or eat anything after midnight the day of my surgery – and animal crackers. Since I had the surgery during the throes of the pandemic in June 2021, my chaperon wasn't able to sit in the waiting room, but Kat had already called her to come escort me home. I was surprised that I wasn't in one bit of pain, and even more surprised that my chest wasn't wrapped like a mummy (as I was expecting). Instead, I was wearing what looked like a pre-teen's training bra – no wires, hook closures in the front and generally felt like nothing.

After my friend arrived, we Ubered home, which was a little uncomfortable because our driver was slightly chaotic and every time I leaned forward because of a heavy brake, I felt pressure, but no pain. All of my prescriptions and supplements were already on my nightstand, as Dr. Kolker's pre-op instructions outlined, and I had already purchased more pillows – I couldn't comfortably sleep laying down completely flat for a few months – so I made a pillow fort around myself and took a nap sitting straight up.

There were two key lessons I learned the hard way on this day. Since my pectoral muscles were also recovering, I could not lean on my arms to prop myself up into a different laying position in bed or on the couch, and lifting anything heavier than a pillow was out of the question – and even then, I couldn't raise the pillow higher than my belly button. I had to do this little wiggle motion to slide myself up or down to try to get comfortable. Sleeping was by far the hardest part of the recovery. The second is that I had to keep my torso extremely upright. If I bent over, I felt a zing in my chest; if I leaned too far back, I felt a sharp twinge then too. I gained a newfound respect for the underappreciated chest muscles, which apparently, I use far more often than I thought. This impending soreness meant no pushing myself up off the couch, no leaning to one side to readjust my body or pillows in bed and getting creative when it came to getting dressed, undressed and washing my hair.

After I woke up, I didn't have much of an appetite but drank some Gatorade and had a popsicle – another recovery lifesaver. I still wasn't in any pain, but there was pressure against my chest, as the implants were placed beneath the muscle, which was uncomfortable, and moving my arms was tricky. I chatted with my roommates until I went back to sleep, still sitting up.

I did not get much sleep – it's uncomfortable to sleep sitting up, even with half a dozen pillows. The pressure I felt after surgery progressed into an ache and I took a dose of Percocet that was prescribed to me. I also made a point to get up and walk around my apartment, as Dr. Kolker recommended, rather than lay around all day. I felt overall fine, albeit a little groggy. In fact, I felt so normal that I felt a sudden, sharp pain right across my chest when I tried to open a sticky refrigerator door (it was a while before I voluntarily opened and closed doors for myself again). I alternated between napping, walking around and watching TV for most of the day. Dr. Kolker also called me to check on my progress, which gave me the opportunity to go into incredible detail to ensure everything I was feeling was normal (it was).

Before I went to bed, I took a shower – an experience I likely made far more dramatic than it actually was. I undressed as much as I could and then asked for assistance taking the bra off. The stitches still had tape over them, which I was instructed to leave on until my follow-up a week later, but to still wash the area with soap. I used Dove, but I later learned I should have been using Cetaphil. Not being able to bend over, disrobing was uncomfortable and required a bit of assistance from my roommate.

This was the hardest day. I did not get a wink of sleep. I watched the sunset from my bed and I also watched it rise. I couldn't get comfortable among my pillows and anytime I even slightly leaned too much to one side, a shock wave went through the breast on that side, and I sat right up. I am a monster when I don't sleep, so I was cranky and uncomfortable, which made the chest ache feel less manageable and I took Percocet throughout the day.

To make matters worse, I was also back online for work, although it was luckily a summer Friday, and I could squeak by with just doing emails and being off-camera for the two scheduled Zoom calls. At the end of the day, I was so miserable that I called Dr. Kolker to ask what I should do about sleeping and he prescribed me three days' worth of Ambien – this was a recovery gamechanger. I took the Ambien at bedtime and slept 10 glorious hours.

Getting a good night's sleep improved everything. I no longer needed the Percocet; I switched to Extra Strength Tylenol. I felt chipper and even took a walk to the bodega with my roommate (she opened all the doors). I did some work and read a book.

Day five was uneventful. I continued with Extra Strength Tylenol as needed and while I still didn't have much of an appetite, I was eating more and staying on top of my hydration goals. I worked a full day without any grogginess or even fatigue. Ashley, Dr. Kolker's right-hand RN, gave me a ring to see how things were going. I didn't have any questions for her, but I loved feeling so supported throughout the recovery process.

This is the day that your surgeon will warn you about: when you start to feel so good and back to normal that you forget you're still recovering. I had a long-standing nail appointment that afternoon, which I desperately needed, and I thought everything would be fine. I took an Uber to the salon and was extra cautious with the car doors, but it still stung to open and close them. Then I sat with my hands extended at a 90-degree angle for the two-hour appointment. By the end, I was sore, tired and knew that I had pushed past my limit. I didn't even need to take Ambien that night; I fell right asleep.

I had my first follow-up with Dr. Kolker. He inspected my breasts and scars, took photos for the before and after collection and then we discussed how the recovery process was going. I was finally able to disregard the surgical bra in favor of three Dr. Kolker-recommended underwire, super supportive sports bras, and he gave me three breast exercises to do three times a day in order to avoid capsular contraction. The exercises didn't hurt, per se, but it just felt weird moving an object around my body. And I was nervous at first to do them – what if I broke an implant? – but now, having them for nearly a year, I see how foolish that was because they are incredibly hardy. For example, at six months postop, I went cave diving in Mexico – probably not the smartest idea I've ever had in retrospect and Dr. Kolker wasn't exactly thrilled – but everything was perfectly fine, no pain, no residual soreness.

Also, to reduce the swelling and upper pole fullness, he gave me a compression strap to wear for eight hours a day, placed above my breasts to effectively "nudge" the implant downward. I left the appointment feeling thrilled with my progress and how supported I felt throughout this very vulnerable period. My next follow-up was scheduled for the next week – day 14.