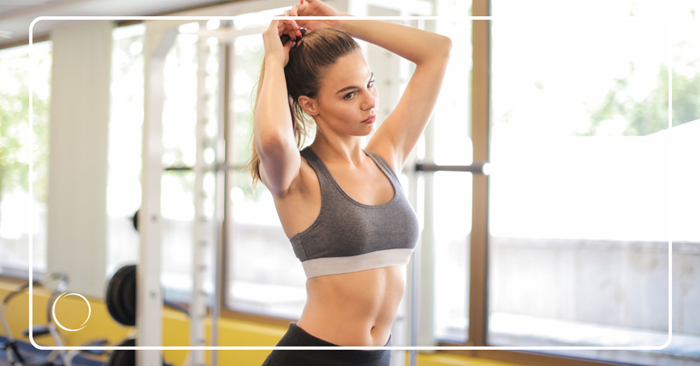 If you can't stop watching liposuction videos on social media, join the club. It seems as a society, we can't get enough of the stunning before and after photos that epitomize next-level fitness goals, especially the razor-sharp six-pack abs and all-over accentuated musculature.

"The majority of men that I see, what they want is to have everything really well etched out," says San Francisco-based plastic surgeon, David Sieber, MD, who adds that most of his female patients want "athletic definition, especially around the midline and sides" but "almost never" ask for a full six-pack.

And to attain these next-level, mesmerizing results, traditional liposuction, which Dr. Sieber describes as "uniformly removing fat from stubborn areas," just isn't going to cut it because "you're not really doing anything to make that anatomy more visible." Yet, for the majority of patients looking for an all-over slimdown, not superhero status, traditional liposuction is the tried-and-true option.

There are many routes a patient can take to attain this kind of fitness model look, especially as liposuction techniques continue to evolve. And between social media, marketing ploys and the age of disinformation, the world of liposuction has become quite confusing, even to patients seeking the surgery. To sort through what's real and what to call baloney, we've asked four board-certified plastic surgeons and members of the American Society of Plastic Surgeons, for their thoughts on how to safely achieve their patients' goals via different liposuction techniques and tools.

"All the time, patients come in thinking they're a good candidate for liposuction and they're disappointed to learn that they're not," says New York City-based plastic surgeon, David Shafer, MD, who adds that this is especially common with patients who have lost a significant amount of weight. "In these cases, liposuction would be the worst thing for them because you're removing any residual fat and will just make their skin looser; what they need is a skin excision procedure, like a tummy tuck or body lift."

What are the most common types of liposuction?

"High def could be creating a look that's very light and athletic, where you just do a bit on the front and side, to be more muscular," says William Rahal, MD, who practices in Beverly Hills, and notes that not everyone is a candidate for this type. "And even within that, there's a sliding scale of just how muscular or athletic a patient wants to look."

To round out the trio of popular types, 360 liposuction is a more "comprehensive form" of lipo, says Dr. Rahal, for which everyone is a candidate. As its name suggests, the procedure removes fat circumferentially on the torso, but "excludes the arms and thighs."

Why can liposuction results be so much better with skin tightening?

Once the fat is removed during liposuction surgery, in many cases, the body "just accommodates and then tightens up," says Dr. Shafer. "But with patients who may have loose or crepey skin, or who just might not do well with liposuction alone, you also want to stimulate skin with some energy-based device" to support the skin elasticity with snapping back into shape.

What are my options for skin tightening?

There are several effective options for skin tightening in a range of energy modalities that can be done in tandem with liposuction or at a subsequent appointment. Dr. Shafer's go-to is SmartLipo, which is powered by laser energy to tighten skin from below the surface, while melting fat, making it easier to suck out during lipo.

Other options to tack onto liposuction surgery day include Vaser, which is driven by ultrasound and is often paired with high-definition liposuction, BodyTite, which harnesses radiofrequency energy, and Renuvion, which generates plasma energy.

Who is a candidate for liposuction and a skin tightening procedure?

"Skin tightening devices, whether they're external or invasive, help with inherent skin laxity because lipo creates laxity and it doesn't matter how old you are," explains Dr. Rahal, who estimates that 90% of the 40 liposuction procedures he performs each month involve skin tightening.

"When you take a cannula, you're disrupting the body's architecture, the supportive structures of the tissue," he explains. "Skin tightening will allow the skin to retract better and enhance results. It's the gold standard and rarely do I perform lipo without it."

While Dr. Shafer believes that this type of combination therapy will "get you superior results," he doesn't believe that every single liposuction patient needs it, especially those under thirty.

"A 20-year-old with tight skin who's a little chubby around the waist, they just need good old-fashioned liposuction, not skin tightening and all these other things," he says. "They're young, they're healthy, their collagen's good, they're going to snap back."

Conversely, he says a patient who has a history of yoyo dieting or has loose skin, but there's still underlying fat, is "the best candidate" for liposuction then a skin tightening procedure.

Does adding skin tightening to a liposuction surgery extend recovery?

"I wouldn't say it extends the overall recovery in terms of time off from work or return to activities," reassures Dr. Rahal before adding that "a little bit more inflammation in the tissues" is normal because energy has been introduced. "They just look a little bit more swollen or puffy than they would have if they had not done it," he says. "But around a month, six weeks, it normalizes."