ASPS is leading the fight to pass the Ensuring Lasting Smiles Act, federal legislation that would require all group and individual health plans to cover medically necessary reconstructive procedures to treat a child's congenital anomaly. In February 2019, Senators Tammy Baldwin (D-WI) and Joni Ernst (R-IA) reintroduced the Ensuring Lasting Smiles Act in the Senate, and shortly after Representatives Collin Peterson (D-MN) and Denver Riggleman (R-VA) reintroduced the bill in the House. ASPS supports this legislation in the 116th Congress and conducted extensive advocacy efforts on the bill in the 115th Congress.

The Ensuring Lasting Smiles Act is bipartisan legislation in Congress that would:

Why is legislation needed?

While many private health insurance companies cover the initial reconstructive procedures, they routinely deny and delay follow-up and corrective procedures claiming that they are cosmetic in nature. This undermines patient safety because delays in medically necessary care can negatively impact a child's developmental milestones and overall health. Additionally, insurance coverage denials of a child's reconstructive care can force patient families to turn to Medicaid, SCHIP, or other government safety net programs for health care coverage. If they cannot receive coverage through those programs, they are often forced to incur significant out-of-pocket costs or forgo care. The Ensuring Lasting Smiles Act addresses these issues by ensuring coverage for patients with congenital anomalies so they can receive access to life-saving treatments.

ASPS Engagement in the 116th Congress

ASPS's Legislative Advocacy Committee (LAC) selected the Ensuring Lasting Smiles Act in December 2018 as its new white hat issue, and it was approved by the Executive Committee on January 23, 2019. The Ensuring Lasting Smiles Act was chosen by the LAC because the legislation highlights the importance and life-altering work of the specialty. As the white hat issue, the Society will prioritize this issue in its federal advocacy efforts that include grassroots campaigns, coalition building, and meetings with congressional offices.

Ask your members of Congress to support the Ensuring Lasting Smiles Act. 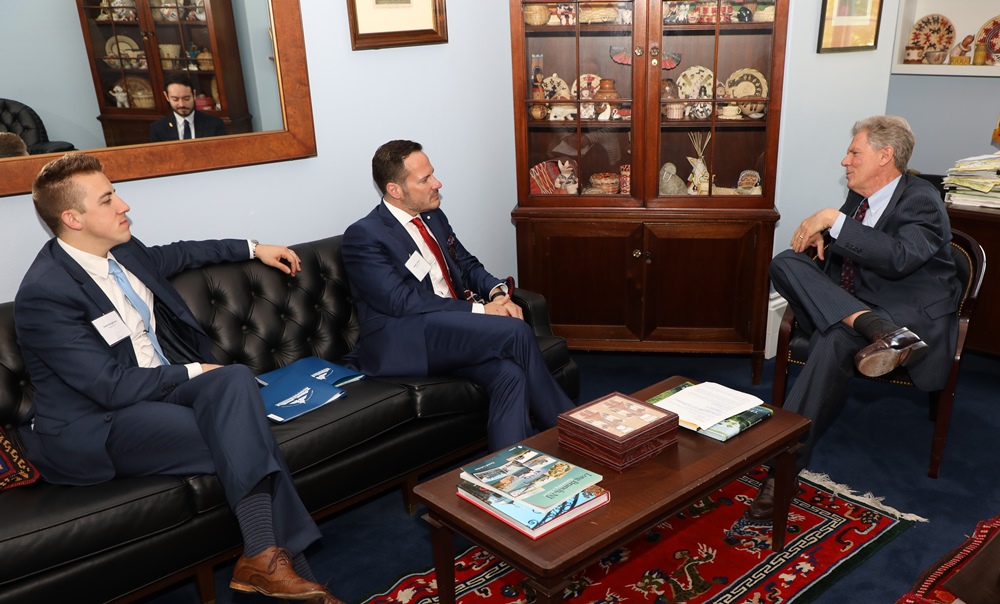 One of the key advocacy initiatives of the Society is conducting in-person meetings between physician members and members of Congress. In 2019, ASPS members met with 104 members of Congress and their staff and urged them to cosponsor and support the legislation. The Society will continue advocate for this critical legislation on Capitol Hill.

In addition to conducting meetings with congressional offices, ASPS executed targeted grassroots campaigns to secure additional support for the bill. ASPS has been successful in deploying "Reply Yes" petition letters to 76 members of Congress. A "Reply Yes" campaign allows ASPS members to cosign a letter drafted by ASPS by simply replying "yes" to the action alert. The member's name is added to the letter along with other plastic surgeons from the state and/or district, demonstrating greater constituent interest to members of Congress while facilitating easy engagement for ASPS members. ASPS targeted key members of Congress on the committees of jurisdiction including the House Energy & Commerce Committee, House Ways and Means Committee, and the Senate Health, Education, Labor and Pensions Committee.

In the 115th Congress, ASPS members sent "Reply-Yes" campaigns to the following members of Congress:

Congressional site visits serve as an important opportunity for members of Congress to see first-hand the level of care and treatment provided to individuals with congenital anomalies by plastic surgeons and why it is critical that Congress eliminates existing barriers to patient care. ASPS members are encouraged to invite their elected officials to tour their facility so those representatives can learn more about the life-changing work done by the specialty. If you are interested in scheduling a site visit with your member of Congress to discuss the importance of this legislation, please contact Darcy McLaughlin, Government Affairs Associate at dmclaughlin@plasticsurgery.org.

In 2018, the Society joined a working group with the American Association of Oral and Maxillofacial Surgeons (AAOMS) and the National Foundation for Ectodermal Dysplasia (NFED) to coordinate advocacy efforts in support of the Ensuring Lasting Smiles Act. Since then, the working group has grown and transformed into a coalition of health care associations and patient advocacy groups committed to securing passage of the legislation in the 116th Congress. ASPS will continue to deploy collective advocacy initiatives with the coalition to show broad and diverse support for the legislation. The American Society of Plastic Surgeons supports the legislation along with the following medical and dental providers and patient advocacy organizations: