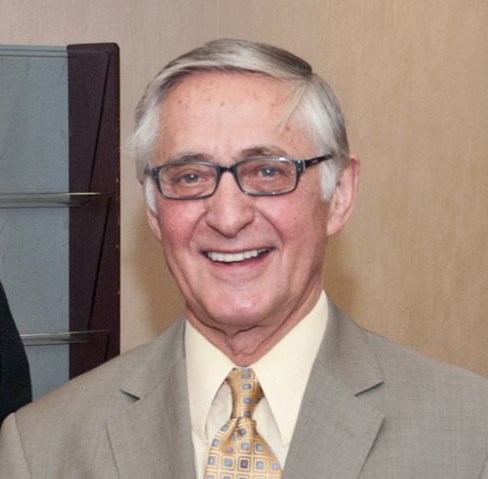 Plastic surgeons are mourning the loss of an internationally renowned colleague and a giant in the world of craniofacial surgery, Ian Jackson, MD, who passed away Sunday at age 85.

"The worldwide plastic surgery community is saddened by the loss of Dr. Jackson," says ASPS immediate-past President Alan Matarasso, MD. "We extend our condolences to his wife, Marjorie, and family, who were such an integral part of his personal and professional life. Dr. Jackson was widely recognized as a prolific contributor and tireless educator whose talents improved the lives of thousands of patients and advanced the field of plastic surgery."

Dr. Jackson earned his medical degree in Glasgow, Scotland, and completed his plastic surgery training in the West of Scotland Plastic and Maxillofacial Unit at Canniesburn Hospital. He was appointed consultant there in 1969 and, for the following 10 years, developed the craniomaxillofacial surgery subspecialty, taking a special interest in craniofacial anomalies and cleft lip and palate surgery. He also developed new techniques in both fields for more effective treatment of patients.

Jay Ellenby, MD, a lifelong friend of Dr. Jackson, first met him post-residency in Sweden in August 1967 and says the two remained close friends over the next half-century.

"Our burgeoning families were just beginning and we became fast friends for more than 50 years," he says. "We met often in Glasgow and eventually at the Mayo Clinic, where he would become professor and chief of plastic surgery. I came to Miami for practice and also joined the University of Miami voluntary teaching staff."

"We spoke frequently, our families vacationed together and we always spent time together at plastic surgery meetings around the world," he adds. "He was my oldest and closest friend – and a man who did so much for this specialty. We stayed in touch until it was no longer possible."

Dr. Ellenby notes that Dr. Jackson published the first article on groin flaps based on a single artery – now a mainstay of reconstruction – "rather than the random flaps of length and width that we learned as residents in the 1960s."

Dr. Jackson also extended craniofacial surgery with procedures for tumors at the base of the skull – time-consuming surgery that had not previously been attempted – and drew patients from around the world for secondary cleft revisions. His 1985 book, Local Flaps in Head and Neck Reconstruction, remains a popular text for plastic surgeons, but it also attracted practitioners from various surgical fields for its extensive and clear descriptions of various procedures.

Dr. Jackson became professor and head of the Section of Plastic Surgery at Mayo Clinic in Rochester, Minn., where he expanded his interests in craniofacial surgery. In 1989, he became director of the Institute of Craniofacial Reconstructive Surgery as well as chief of plastic surgery at Providence Hospital in Southfield, Mich.

In addition to academic and clinical work, Dr. Jackson was heavily involved in international medical volunteer work and recently served as chairman emeritus of the medical advisory board for Smile Train.

Perhaps most famously, his trips to Peru in the 1970s and 1980s led him to meet a young boy who was abandoned as a baby in the Amazon jungle due to a disfigurement that left him without a nose or upper jaw, along with a massive hole in the center of his face. The boy, David, had been rescued by a Swiss charity worker and was eventually flown to Glasgow, where Dr. Jackson undertook a series of groundbreaking operations to restore his facial features – the Jackson family ultimately adopted the boy, and Dr. Jackson's wife, Marjorie, published a book, The Boy David, that told the entire story in 1985. A TV documentary on this story would later be produced by the BBC.

Carlos Navarro, MD, a principal professor in the Department of Plastic Surgery at Universidad Peruana Cayetano Heredia, Peru, first met Dr. Jackson in 1976, when they performed 12 craniofacial cases together and Dr. Jackson was first introduced to David.

"Ian was a great surgeon, a wonderful family man and an invaluable friend," Dr. Navarro says. "I shall always miss him."

In addition to his membership with numerous specialty societies – Dr. Jackson not only spent time on the PRS Editorial Board but also served on the Maliniac Lecturer Selection Committee in 1986 and as a senior visiting professor for The Foundation in 1993 – he earned a multitude of awards over the course of his career, including the Sir Harold Gillies Gold Medal from the British Association of Plastic Surgeons in 1996 and a medal from the Royal College of Surgeons of Edinburgh in 1998.

"He received honorary degrees, awards and acclamation from so many countries around the world," Dr. Ellenby says. "His bibliography, talks and lectures alone stretch innumerable pages."

Dr. Jackson is survived by his wife, Marjorie, and five children. In lieu of flowers, the family requests donations be made to Smile Train.