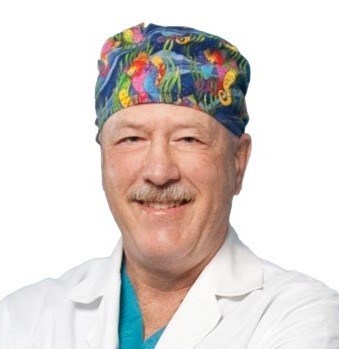 Friends and colleagues are mourning the passing of ASPS member Joseph Gruss, MB, BCh, who passed away on June 26 after battling pancreatic cancer.

Dr. Gruss grew up in Johannesburg, South Africa, where he attended medical school and began his early plastic surgery training – which he continued in London and ultimately completed in Toronto. He became one of the first surgeons to use rigid internal fixation techniques in the craniofacial skeleton while at Sunnybrook Hospital in Toronto, and along with ASPS member Paul Manson, MD, at Johns Hopkins, he developed modern principles and techniques for craniofacial trauma treatment that have since become standard of care.

ASPS member Peter Neligan, MB, knew Dr. Gruss for more than 30 years – he was a Fellow in Toronto at the same time Dr. Gruss was a young attending, with both Dr. Neligan and Dr. Gruss eventually ending up in Seattle. Dr. Neligan maintains that his colleague always was "kind and an inspiration to everyone," as well as incredibly humble for someone who had amassed an impressive amount of achievements.

In 1990, the University of Washington recruited Dr. Gruss and brought him to Seattle, where he brought his knowledge of facial trauma care to Harborview Medical Center and took the congenital craniofacial program at Seattle Children's Hospital from a relatively small operation to the largest craniofacial program in the United States.

"Dr. Gruss and I started at the University of Washington together in 1990 and he has always been a hero of mine," says The PSF past-President Nicholas Vedder, MD. "He's the best plastic surgeon I have ever worked with – truly a "renaissance" surgeon who was comfortable operating anywhere on the body.

"He would regularly take on the greatest surgical challenges with ease," Dr. Vedder adds. "He was an incomparable mentor to countless students, residents and surgeons. His contributions to the field of plastic surgery are profound – and his innovations created the future of the specialty."

ASPS member Richard Hopper, MD, a close colleague of Dr. Gruss at the University of Washington, notes that although Dr. Gruss' introduction of immediate bone grafting and internal fixation for complex facial fractures is now "taken as dogma," it initially received criticism. This was also the case when Dr. Gruss authored a seminal paper on the diagnosis of lambdoid synostosis, differentiating it from the more-common condition of deformational plagiocephaly.

"There was a sharp increase in the rate of deformational plagiocephaly because of the 'back to sleep' program that started in the 1990s," Dr. Hopper says. "Patients were being misdiagnosed as lambdoid synostosis, and they underwent unnecessary and risky surgery. There was strong pushback, but his persistence led to acceptance of the criteria and the avoidance of unindicated surgery on infants."

Dr. Gruss trained 52 craniofacial Fellows who practice around the world. In 1998, he became the first holder of the Marlys C. Larson Chair in Craniofacial Surgery at the University of Washington. His honors include the AAPS Distinguished Fellow Award; the ASMS Lifetime Achievement Award; and an Honorary Fellowship of the Royal Australasian College of Surgeons. In January, the Seattle Children's Hospital celebrated the career of Dr. Gruss with the first Gruss Lectureship, where he was joined by colleagues and Fellows from around the country.

"Dr. Gruss asked his family not to have a memorial for him after his death," Dr. Hopper says. "He said that lectureship in January with his friends and Fellows from around the world was his eulogy. All he asked was that his wife, Eve, and daughter, Jennie, scatter his ashes on the last green at St. Andrew's Golf Course in Scotland."

Although Dr. Gruss was a gifted athlete who played competitive soccer in South Africa (and nearly went pro before opting for a career in medicine) and partook in fly-fishing, hiking and cricket, golf remained his true athletic passion. Dr. Hopper says Dr. Gruss would often manage to pull friends together for a round of golf at any conference he attended around the world and would often take the microphone – in his golf attire – to deliver comments at these conferences.

In a 2015 interview with Seattle Magazine, Dr. Gruss said that despite the stresses and hard work that come with practicing medicine, he considered himself lucky to be paid to do the work he did.

"You read about people who tell their kids not to [study] medicine, but it's hard to understand that, because it's such a great profession – it's such fun," he said.

In lieu of flowers, the family requests that donations be made in his honor at either (or both) of the following:

"Plastic surgery will miss the opportunity for him to pass his knowledge on to others," Dr. Neligan says. "He was so good at it that he'll leave a huge gap. He was somebody who had experience at the very beginning of craniofacial surgery, when it was a very rudimentary practice. He was one of the giants who transformed it to what it is today."