H. Bruce Williams, MD, past president of ASPS and The PSF, passes at age 87 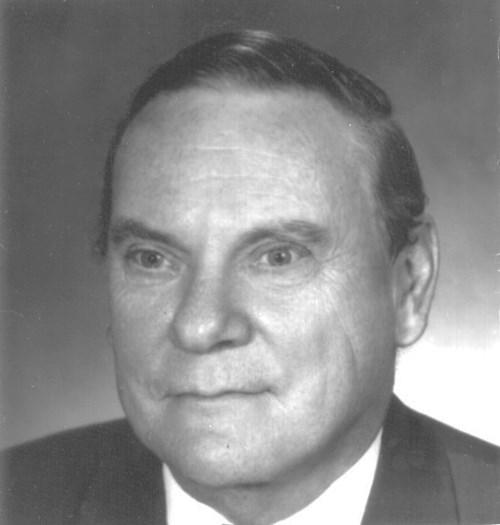 The Society's first president to serve from outside the United States, H. Bruce Williams, MD, passed away on March 24 at age 87 in the palliative care unit of McGill University Hospital in Montreal.

During his long and distinguished career, Dr. Williams served as The PSF president in 1976-77 and the ASPS president in 1990-91. He is credited with writing and publishing a strategic and long-range plan to position the Society into both the 1990s and the new millennium.

Born in New Glasgow, Nova Scotia, Dr. Williams trained in plastic and reconstructive surgery at McGill University. He also spent a year abroad, training in England, Russia and Sweden after earning the McLaughlin Traveling Fellowship. He earned plastic surgery certification from both the Royal College of Surgeons and ABPS.

Renowned for his contributions to the specialty, Dr. Williams earned several citations and awards throughout his lifetime, including The PSF's Distinguished Service Award, the American Association of Plastic Surgeons Clinician of the Year Award and the Montreal Children's Hospital Medical Award of Excellence. He also presented the Founder's Lecture at the ASRM annual meeting in 1998.

In addition to ASPS and The PSF, Dr. Williams served as president of the Canadian Society of Plastic Surgeons, ASRM, the American Society for Peripheral Nerve and the International Microsurgical Society.

He was a professor of Surgery at McGill University and director of its plastic surgery residency program from 1976-96, where he was credited with starting one of the most internationally renowned research programs in microsurgery.

In 2003, Dr. Williams received the inaugural Lifetime Achievement Award from the Canadian Society of Plastic Surgeons. In noting his service to both ASPS and The PSF, CSPS called Dr. Williams an "outstanding ambassador for Canada and Canadian plastic surgery."

Dr. Williams, who was a member of 34 medical societies, also contributed more than 90 articles and book chapters to specialty publications.

Dr. Williams was preceded in death by his wife, Dorothy. He is survived by his sons, Bruce Jr., and David; his daughters-in-law Beatrijs and Bethany; and five grandchildren.