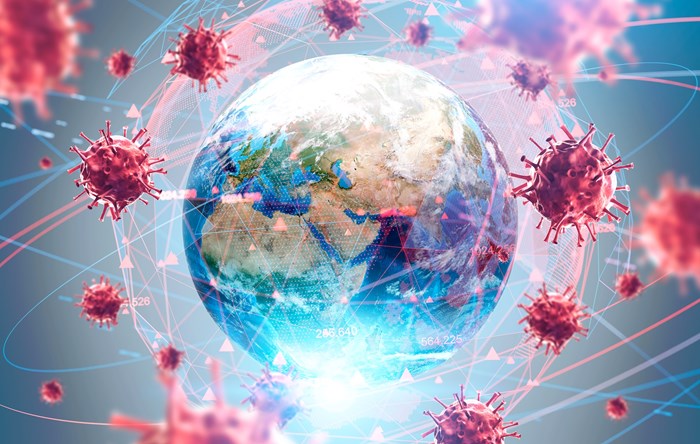 When ASPS announced the cancellation of its Spring Meeting on March 3, the United States had recorded its first COVID-19 death only three days prior and the World Health Organization was still eight days away from declaring the outbreak a "pandemic."

In an email to members, ASPS President Lynn Jeffers, MD, MBA, said if even one person were to contract COVID-19 during the March 12-14 event in New Orleans, it would be "devastating and not worth the risk. As physicians, it's important that we limit potential exposure to the coronavirus until it is under control."

Although the Society was an early mover in taking these precautions, few could imagine at the time – even as the outbreak overwhelmed China and Italy – just how quickly the coronavirus would spread at home. By the end of March, the United States had overtaken China to lead the world in the number of confirmed COVID-19 cases (more than 164,000 at press time), with more than 2,800 people in the country dying from the virus since the first death was reported on Feb. 29.

Since mid-March several state and local governments have put shelter-in-place rules into effect that, although initially established as two- or three-week precautions, several timelines were extended as the number of confirmed cases in the United States climbed.

On March 18, CMS announced that all elective surgery, non-essential medical, surgical and dental procedures be delayed during the outbreak. The following day, ASPS launched a clearinghouse of data – still being updated regularly – relating to COVID-19 at PlasticSurgery.org/COVID19. The page contains information on business and financial resources that attest to the myriad issues the pandemic presents. The Society has also taken multiple steps to help members who are struggling, such as extending the grace period for dues through May 31 and other arrangements that will be reassessed as needed. The discussion board on the ASPS website became a gathering point for members to share their concerns, advice and experiences dealing with the outbreak and managing operations in the meantime.

ASPS/PSF Board Vice President of Membership Steven Williams, MD, says the Society has a history of being able to respond in times of crisis and "is doing a better job now than any time previously in terms of mobilizing resources and making sure our members have information available."

Still, he concedes, the immediate future will be filled with several "hard decisions that will have to be dealt with earlier rather than later" for members.

A view from abroad

Speaking to PSN in mid-March, Nigel Mercer, MD, international representative to the ASPS/PSF Board of Directors, said the United Kingdom anticipated a "really bad" month as Italy was in the throes of its surge of new cases and deaths, and the numbers were beginning dramatic increases in Spain. UK surgeons were informed they would be "side-skilled" in doing work for which they haven't been trained (such as operating ventilators) to prepare to handle the coming onslaught of cases. He said retired doctors would likely be compelled to come back into service, and that there was already a suggestion in the UK that individuals over the age of 65, due to the high mortality rate, likely would not be put into intensive care.

"Three times in my career [the UK] has been in a war and on one of those occasions, there was potential for a nuclear threat," Dr. Mercer says. "In those cases, we were given some extra training and told of things we might have to look out for, but it was nothing like this. This is Hollywood movie, nightmare stuff."

Although the severity of the situation became clear with each passing day in March, Dr. Mercer was already imploring others throughout the world to heed the stay-in-place advice that would take effect in the coming days. Even with containment measures, the coronavirus could overwhelm most of the world's healthcare systems, but without those measures, the situation would become irrevocably dire.

"Personally, the last few nights have been spent making sure my affairs are in order," he says. "I'm 63 years old. If we're being honest, there's a significant portion of my generation who are not going to see the end of the summer."

Lynn Damitz, MD, says at the University of North Carolina (UNC), the decision was made in mid-March to call off elective cases – although several patients had already called to cancel – so that the plastic surgery department could focus on trauma and cancer cases before patients who'd tested positive for coronavirus overwhelmed the healthcare system, and to preserve personal protective equipment (PPE).

Dr. Damitz says she's kept in contact with several ASPS International Members to find out what's been happening in countries such as Italy, Ireland and Switzerland.

"It's helpful not only to learn what they're experiencing but I think it also helps blunt the surprise factor a bit," she says.

Although the UNC program is trying to keep operations as normal as possible under extraordinary circumstances, a variety of options are being employed – such as keeping a fraction of residents available in the hospital for cases or on call, although Dr. Damitz says there's an inherent understanding that the need likely will arise to deploy team members to other parts of the hospital as caseloads. increase.

"We were told early-on that as the need arises, the surgery departments will be the first to be deployed because we're the most trained," she says. "It's kind of a 'stockpile' situation – we're the ones that will likely be most depended upon to assist wherever the need is greatest need."

At the University of Florida, similar preparation is in effect. PSN Chief Medical Editor Bruce Mast, MD, says the coronavirus has not only had an effect on the clinical work being done at the university, but the educational component as well. In addition to graduation ceremonies being cancelled and Match Day happening online, students have been sent home and learners have been banned from clinical activity to reduce the amount of patient contact. Medical students are working with alternative clinical scenarios that can be done online.

The sudden gear change also kickstarted the university's telemedicine efforts into effect. Dr. Mast says what was supposed to be a months-long buildup for staff to learn a new system of consulting with patients electronically now had to be mastered in a matter of days. Like other institutions, the University of Florida has taken non-essential procedures off the table. When the effects of the pandemic die out, Dr. Mast predicts the backlog of delayed cases will lead to a lot of overtime and weekend work – although given the present situation, it's not the worst future to envision.

As ASPS members affiliated with hospitals and academic institutions face their own challenges and brace for significant increases in patient loads, members in private practice continue to face difficult questions about how they'll be able to keep their businesses afloat as several states put "stay-in-place" measures into effect and the American College of Surgeons recommended cancelling procedures.

Heather Furnas, MD, opted for a temporary closure of her Santa Rosa, Calif., practice, while still offering virtual and phone consultations to patients.

"It's a difficult decision to make, because whether you cancel or postpone surgery, you're looking at refunding patients and yet you still have this huge overhead," she says. "We have 23 employees and there's an immediate economic pressure you feel with this."

Although some private practitioners had opted to keep their doors open – arguing the ACS recommendation was for hospital-based procedures – Dr. Furnas says the rampant uptick in coronavirus cases around the country was enough to convince her and her husband, ASPS member Francisco Canales, MD, to temporarily close doors for general public health and safety.

"We don't know what this will look like in the long term, and maybe you could argue that it doesn't matter if we closed today or in a week, but if in that time somebody could have been at the grocery store or greeted a relative at the airport and not known they'd exposed someone to it, I don't think one more day of surgery is worth it," she says. "It's not just our staff – what if someone goes home to see their elderly relative? It's becomes a tremendous risk – and responsibility – so quickly."

At press time, federal guidelines recommended shelter-in-place through April 30. Dr. Furnas said she'd spoken with her labor lawyer about the difficult question of what to do with her staff.

"She said the best approach would be a temporary layoff so that staff could collect unemployment until we reopened our doors," she says. "With just the two of us and no revenue coming in, we're just not able to support 23 employees. I know some members are looking at options like half salary, but that wasn't an option for us. The future is unknown, but I think the focus right now is on physical survival – practice survival is a far second. It certainly doesn't make any decisions easier, but when you realize this is really about life and death, it makes the decisions much more clear."

'Right thing to do'

As grim as many of the COVID-19 prognostications were for the medical field in general by the end of March, there were also positive developments to be found – some instigated at the Society level. As the effects of the coronavirus were starting to take hold in mid-March, ASPS/PSF Vice President of Development Scot Glasberg, MD, with the help of ASPS staff, began to organize a clearinghouse where members who wouldn't be using ventilators and personal protective equipment in their own offices could donate the equipment to hospitals and institutions that need it.

"The database grew into a huge supply chain," he says.

As New York has proven to be the epicenter of COVID-19 cases in the United States, attention first went to hospitals throughout the city. As of March 26, the results of this donation and supply-chain effort included:

"The ASPS staff deserves a tremendous amount of credit for the work they did in helping put this effort together," Dr. Glasberg says. "We have received huge recognition from the federal and state levels – there have been some surreal calls this week."

The efforts aren't stopping either. Even while talking to PSN, Dr. Glasberg was on the phone to other hospitals. He expects donations and supply-chain efforts to move soon to other states hit particularly hard by COVID-19 cases. He also noted that the Society's corporate sponsors have stepped up to help efforts, such as CareCredit sales representatives offering to rent trucks to deliver ventilators to the facilities that need them.

"I never in my life thought this would grow the way it has – and so quickly," he says. "This has become a full-time job in itself, but it's the right thing to do and there are a lot of people out there that need our help."

If you're able to donate supplies, you can find more information about how to help in facilitating the collection of equipment in the COVID-19 member resources page at PlasticSurgery.org/COVID19.

At press time, Dr. Damitz said the pandemic presented so many challenges that measuring success might simply come down to surviving. Nevertheless, she says she's optimistic about what this moment in history will produce from her colleagues.

"In a few months, I think you're going to be hearing incredible stories about the different things plastic surgeons did to help the country get through this," she says.