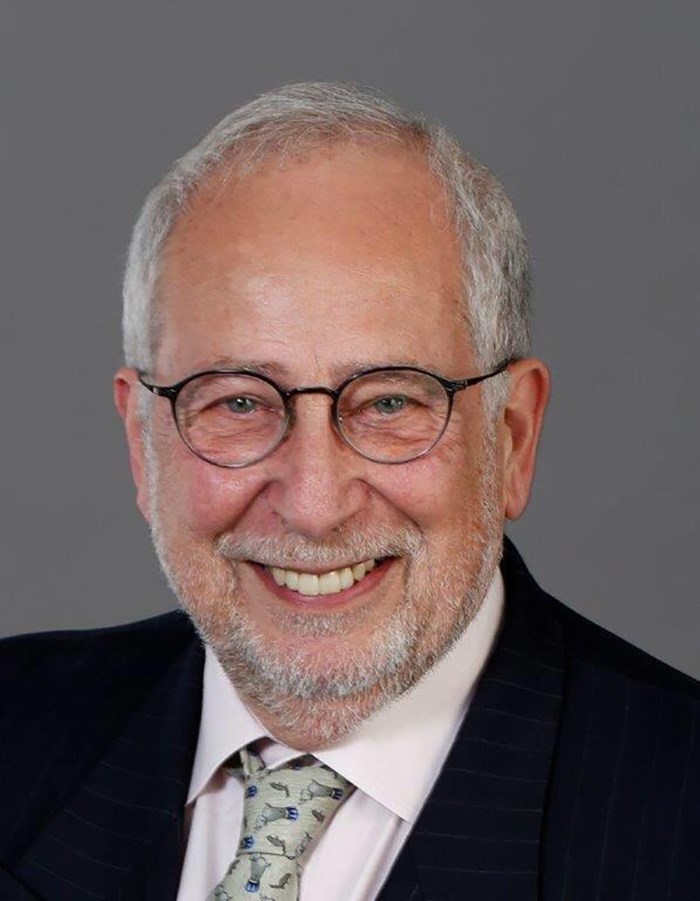 Plastic surgeons around the world are mourning the loss of Michael Scheflan, MD, past president of the Israel Society of Plastic Surgeons and a global leader in the specialty. Dr. Scheflan passed away on Feb. 12.

"Michael was a wonderful colleague and dear friend," says ASPS President J. Peter Rubin, MD, MBA. "He made numerous contributions to our specialty – including co-authoring the landmark 1982 paper in PRS with Carl Hartrampf Jr., MD, and Paul Black, MD, describing the TRAM flap for breast reconstruction. He was a prolific educator in international plastic surgery for decades. He will be sorely missed, and our thoughts and prayers are with his family."

"I flatter myself to say I was one of his mentors, but he was also a friend," notes ASPS member Foad Nahai, MD, who helped train Dr. Scheflan when he arrived at Emory in 1978. "I can say unequivocally that he is among the best that trained here. He was bright, he was innovative and, even then, it was clear that he had leadership and academic potential."

Dr. Scheflan's reach spanned continents, having served both as an assistant professor of plastic surgery at Virginia Medical College in Richmond and as chief physician at the Rokach Medical Center in Tel Aviv.

"He was unique in that – even from his earliest days of medical training – he truly was an international force in plastic surgery," notes Jack Fisher, MD, Nashville, who trained with Dr. Scheflan at Emory, and counted him as a friend for 44 years. "I can remember sitting in a restaurant in Europe with him, and he'd speak German to the waiter, turn around and speak French to another person. Obviously he spoke perfect English, but also Hebrew and Italian. He forged tight bonds everywhere he went."

Dr. Scheflan was past president of the Israel Society of Plastic Surgeons and the Mediterranean Society of Plastic Surgeons, as well as being a member of ASPS, The Aesthetic Society, ISAPS, IPRAS and IMCAS. Dr. Scheflan also served as an international editor for the Aesthetic Surgery Journal, as well as the author of more than 150 publications, books and chapters on topics ranging from breast reconstruction, ADM and tissue reinforcement, breast aesthetics, breast implants, fat grafting, body contouring and facial rejuvenation.

ASPS International Member Yoav Barnea, MD, was mentored by Dr. Scheflan in Israel and says his reputation not only as an international ambassador for the specialty but a true pioneer helped open doors for future generations of plastic surgeons in the country.

"He was a teacher and mentor for many students, residents and specialists, sharing his vast knowledge in the O.R. and clinic," Dr. Barnea recalls. "He would also invite world-renowned plastic surgeons to lecture and operate in Israel, exposing local surgeons to new techniques. His door was always open for residents before the oral boards and for specialists with complex cases who sought his advice. He enabled local surgeons to train and practice abroad."

ASPS past President Alan Matarasso, MD, says Dr. Scheflan's loss will be felt around the world.

"For years Michael was an international metonym for Israeli plastic surgery," Dr. Matarasso says. "Michael was a friend to many, a colleague and prolific contributor to our specialty. He had a quiet, warm and engaging demeanor. We will all miss seeing him."

Dr. Scheflan delivered the Maliniac Lecture at Plastic Surgery The Meeting 2012 in New Orleans. The speech traced his family's growth and movement around the world, and highlighted the advances in science and medicine made by Israeli researchers and physicians.

"What I remember most about Michael was his insatiable curiosity for innovations in plastic surgery," says PRS Co-Editor Amy Colwell, MD, who was a longtime friend of Dr. Scheflan. "Only last month, he asked what I thought about yet another novel advancement in breast reconstruction. He was, is and will always be a pioneer of plastic surgery. His seen and unseen contributions to the field are too numerous to count."

Dr. Nahai says that although the specialty lost a true giant, Dr. Scheflan's influence will endure – as will memories of the man.

"When he was a resident, I learned he was fluent in French – as was I," Dr. Nahai remembers. "So we used to speak French to each other in the O.R. at Emory. One day, we were out somewhere and we saw a can of food that said 'chef size,' which was larger than all the other varieties. Now, Mickey's size was physically imposing, and I used to call him 'Schef,' but after seeing that can, I began calling him 'Le Grand Schef.' Any communications during our lifelong friendship – whether it was sending me an edit for the journal or a friendly email – he would always sign off as 'Le Grand Schef.'"