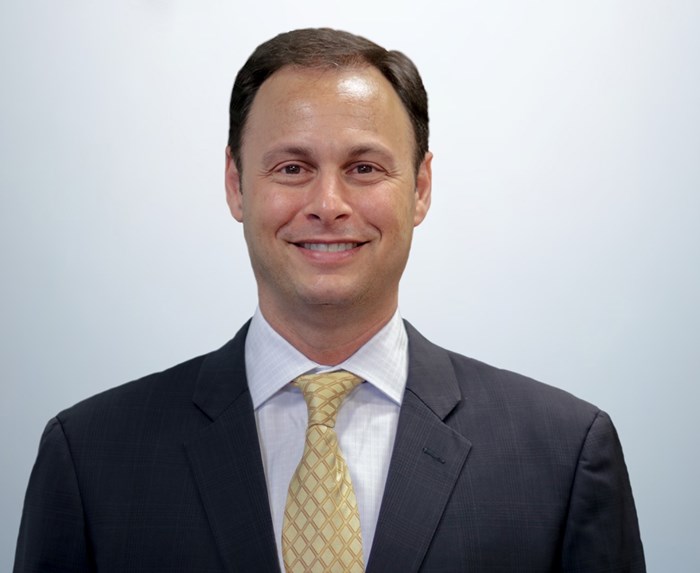 As Jeffrey Janis, MD, assumes the role of editor-in-chief for PRS Global Open, he says he's grateful for the strong reputation the journal has cultivated in its short history and determined to take it to new heights in a world that's increasingly "as big or small as you want to make it."

"Most of us can remember a time when PRS Global Open didn't exist," Dr. Janis notes. "Nevertheless, we cannot envision a future without it."

Since its inception in 2013, the open-access journal quickly established a name for itself, having already been indexed in PubMed Central as well as the Web of Science's Emerging Sources Citation Index, and listed in the prestigious Directory of Open Access Journals. Dr. Janis says his predecessor, Rod Rohrich, MD, and the editorial staff in Dallas deserve the credit for cementing PRS Global Open as a major force among plastic surgery journals.

"PRS Global Open is really the Society's ambassador to the world," he says. "It has the advantage of knowing no financial barriers to the readership. Through the open-access model, literally anybody around the globe with an internet connection – not just plastic surgeons – can have access to the best available evidence in plastic surgery research, and I want to ensure that ASPS continues to deliver and expand upon the high-quality education for which we're known. This is our pathway to reaching billions of people."

Dr. Janis, who is a full-time faculty member at The Ohio State University (OSU) Wexner Medical Center as a professor in the Department of Plastic Surgery, with adjunct appointments as a professor in the departments of Neurosurgery, Neurology and Surgery, and chief of Plastic Surgery at University Hospital was selected as the new editor-in-chief of PRS Global Open after an exhaustive year-long search. A special task force, led by ASPS/PSF Board Vice President of Membership Scot Glasberg, MD, conducted a comprehensive search and the ASPS/PSF Executive Committee in December 2019 approved the decision. Dr. Rohrich told PSN the journal is in good hands with Dr. Janis, who "will continue to lead the way into the future of medical publishing and plastic surgery."

ASPS past President Alan Matarasso, MD, a member of the committee that selected the new PRS Global Open editor-in-chief, says Dr. Janis is a natural successor to Dr. Rohrich.

In addition to serving as ASPS president in 2018, Dr. Janis has published more than 170 peer-reviewed manuscripts (resulting in 8,300 citations, H-index 46), 104 book chapters and six textbooks – with three additional books and two apps pending publication. He has served as a visiting professor at 44 major national and international institutions and has delivered more than 920 lectures. He's also editor of Essentials of Plastic Surgery, the handbook of plastic surgery used by students, residents, Fellows and surgeons worldwide.

The COVID-19 pandemic has already forced acceleration in the turnaround for journal content – both PRS and PRS Global Open received record numbers of article submissions in 2020 – and Dr. Janis says it's incumbent upon the journal to make the best evidence, research and data available to readers in an era when medical advances are being made on a near-daily basis.

"In the traditional model of journal publication, by the time you write and submit an article and it goes through the workflow process, it could be months to a year before that text ever sees the light of day," he says. "PRS Global Open has always been great about turning things around in about six weeks, but in the context of a pandemic, things change day to day. The objective becomes to get the best peer-reviewed evidence out as quickly as possible, and PRS Global Open is in a unique position to be on the cutting edge of plastic surgery research."

"Dr. Losken is a professor and plastic surgery program director at Emory University and co-chair of the Atlanta Breast Symposium – he's an internationally renown and respected educator and plastic surgeon, and he's tailor-made for this leadership role," Dr. Janis says. "Dr. Gosman is the chief of plastic surgery at UC-San Diego, and she has dedicated her entire career to global-mindedness when it comes to plastic surgery. Even in the earliest stages of her career in medical school when we were classmates, she has always been fully committed to international work, so I'm extremely excited for her to help lead this effort."

In selecting section editors, Dr. Janis says he will similarly look for the expertise and diversity that has strengthened the Society in recent years.

"The vision is to leverage and emphasize the speed and quality of PRS Global Open with acknowledgement and gratitude for the work that's been done to date, but with a strong eye on the future," he says. "Everything will be in alignment with the goals of ASPS in terms of inclusivity and representation, and I'm excited to see how we can build upon the solid foundation PRS Global Open has already established."